In this video you can see that a rooster is copying the dance steps of the song ‘Teri Jhalak Ashrafi Srivalli…’ from the movie ‘Pushpa: The Rise’. Which is being liked a lot by the users.

Chicken did a great dance

South industry superstar Allu Arjun and actress Rashmika Mandanna’s film ‘Pushpa: The Rise’ was released in theaters on 17 December 2021. It has been more than a month since the release of this film. Fans have liked this film as much as its songs are also being liked. Its dialogues and dance steps (Pushpa Dance StepsMany videos related to ) on social media viral are happening. In this episode, a video of a chicken is going viral. In which he is copying the dance steps of a song from the film ‘Teri Jhalak Ashrafi Srivalli…’.

Just as soon as you hear the name of the chicken, the sound of Kookdu Ku… starts being heard in the mind. Rooster is so special that everyone likes it. Take this video which is now going viral, in which a rooster is dancing to a song ‘Teri Jhalak Ashrafi Srivalli…’ from the movie ‘Pushpa: The Rise’.

In this clip going viral, you can see that a rooster is having fun in a courtyard and then suddenly he gets hook steps performed by ‘Pushpa’ hero Allu Arjun in ‘Srivalli’ song (Srivalli song lyrics). seems to do. Looking at its dance steps, it seems that she is also a huge fan of South Industry superstar Allu Arjun.

On social media, users are very much liking this dance of chicken. One user wrote, ‘Bhai is watching the dance, this man is a copy of South Industry’s superstar Allu Arjun.’ On the other hand, another user wrote, Seeing the clip, it is clearly visible that there is a tinge of editing in the video. Another user wrote, ‘This video made my day.’

For your information, let us tell you that this video has been shared on Instagram by an account named comedynation.teb, but users are also sharing it fiercely on social media platforms. One by one comments are also being made on the video. Till the time of writing the news, the video has got thousands of likes and millions of views.

Read also: Viral video: The eagle hunted the fish by entering the water, but all the hard work wasted due to one mistake 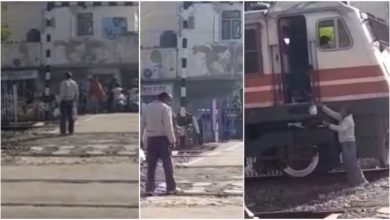 The driver stopped the train to eat Kachori, the video went viral on social media 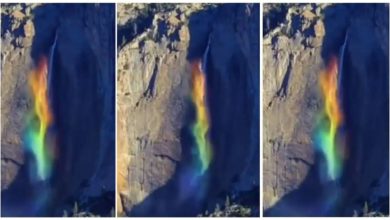 Viral: A wonderful shade of rainbow was seen on the falling water, you also see the beautiful video of nature 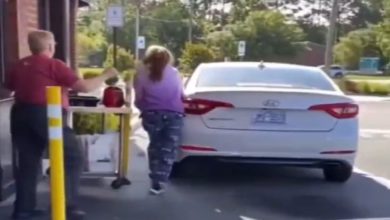 Funny Video: Woman destroyed the car due to quarrel 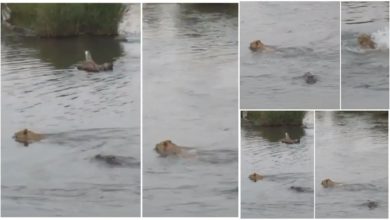 The crocodile attacked the lioness floating in the water, then you will be stunned to see what happened