And TV’s serial ‘Bhabi Ji Ghar Par Hai’ is that the story of the show is currently revolving around Angoori sister-in-law due to Gori Mem ie actress Neha Pendse being corona.

&TV (And TV) from the famous serial ‘Bhabiji Ghar Par Hain’ (Bhabi Ji Ghar Par Hai) has always increased the curiosity of the audience with its interesting and funny story as well as the new twists and turns coming in this story. This is the reason why this show has been successfully garnering a lot of love from the audience for the last several years. Let us tell you, Bhabiji Ghar Par Hain will soon have a shocking twist where Vibhuti ji (Vibhuti) to whom Angoori Bhabhi (Anguri BhabhiFor something happens in the heart, he will have to become Bhabiji’s brother. Yes, soon the audience is going to see this very funny track.

Angoori Bhabhi is going to become a mother

In the upcoming story of Bhabiji Ghar Par Hai, Angoori Bhabi (Shubhangi Atre) will be pregnant, while the mischievous Vibhuti Narayan (Aasif Sheikh) will be seen as her brother. In fact, when Angoori tells Tiwari that she is pregnant, Tiwari becomes very happy after hearing this news. However, in the meantime, Tiwari also tells Angoori that he wished he had a brother-in-law who would handle his business, so that he could spend more time with Angoori.

As soon as the news of Angoori’s pregnancy spreads, her father Bhure Lal (Rakesh Bedi) comes to celebrate it with her and during most conversations they reveal that Angoori had a brother named Juttan, who lost her right after birth. went. Meanwhile, at the Mishra house, a midwife tells the mother Helen (Pratima Kazmi) that Vibhuti is not her son and unfortunately, Vibhuti overhears this. Vibhuti, annoyed at Angoori’s baby shower, insults Tiwari and Tiwari ji pushes him. Not only this, he tries to get them out of the house.

In this fight between Tiwari and Vibhuti, Bhure sees his family mark on Vibhuti’s neck and claims that Vibhuti is his lost son and Angoori’s lost brother Juttan.

Know what Shubhangi Atre, who plays Angoori Bhabhi, has to say

Shubhangi Atre, i.e. Angoori Bhabi said, “This is the funniest and most intriguing sequence and the audience will burst into laughter after watching it. When Vibhuti comes to know that Angoori is his sister, then his oath will be worth watching. But is this true or has Tiwari created another twisted story so that he can get a brother-in-law in the form of Vibhuti? It will be interesting to see.”

Bigg Boss 15: Shamita Shetty became the new captain of Bigg Boss 15, power was in the hands of non VIP contestants

Fans are eagerly waiting for the next season of Alt Balaji fame in 5 web series, Siddharth Shukla’s Broken But Beautiful is also included. 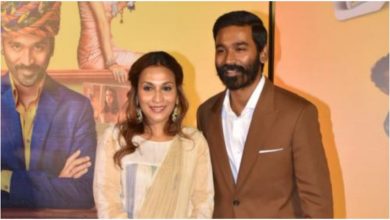 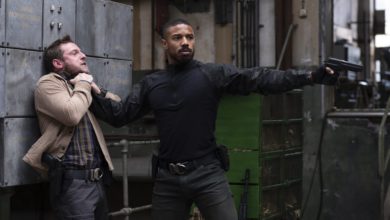 Without having Remorse Evaluate: Michael B. Jordan’s Turn at Tom Clancy 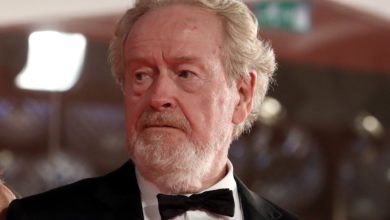