Recently, it was announced through the producers that this film of Aamir Khan will be released on the occasion of Baisakhi on 14 April 2022, but despite this, the market of rumors about the release of the film was hot.

Aamir Khan (Aamir Khan) Movies come in the discussion even before they come. He is called Mr. Perfectionist not just like that. He never does more than one or two films in a year, but his acting is worth watching in the films he does. One of the most awaited movie of Aamir Khan’s upcoming movies is ‘Lal Singh Chaddha, (Lal Singh Chaddha), shooting this movie (Shooting) It was going on for a long time but an important news related to the release of the film is coming out that this film of Aamir Khan is now ready for release soon. Laal Singh Chaddha is one of the much awaited releases of this year with Superstar Aamir Khan all set to once again entertain the audience by creating cinematic magic on the big screen.

Recently it was announced through the producers that this film of Aamir Khan will be released on the occasion of Baisakhi on 14th April 2022, but despite this, the market of rumors about the release of the film was hot, on which now Aamir Khan Productions made a formal announcement. Full stop has been put. Posting on its official Twitter handle, Aamir Khan Productions has announced that the film will release on April 14, 2022, which has definitely got his fans excited.

Aamir Khan and Kareena Kapoor Khan will be seen once again in the film ‘Lal Singh Chaddha’ and this film is directed by Advait Chandan, with music by Pritam and lyrics by Amitabh Bhattacharya. This film is presented through Viacom18 Studios. Shot in over 100 locations across India, this love story spans different time periods in the journey of the Protagonists. ‘Lal Singh Chaddha’ is produced by Aamir Khan Productions, Viacom 18 Studios and Paramount Pictures and will be released in cinemas across the world in 2022 on the occasion of Baisakhi on April 14.

Aamir and Kareena will be seen together once again

The wait for this film has been going on for a long time. Aamir’s fans are also very excited about this film. For your information, let us tell you that in this film, Aamir Khan and Kareena Kapoor Khan are going to be seen together on the big screen for the second time. Earlier, both were seen in Rajkumar Hirani’s film ‘3 Idiots’.

Also read- An Action Hero: Shooting of Ayushmann Khurrana’s film An Action Hero begins, the actor is shooting for the first time in London 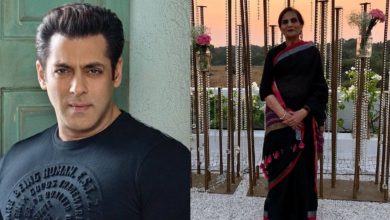 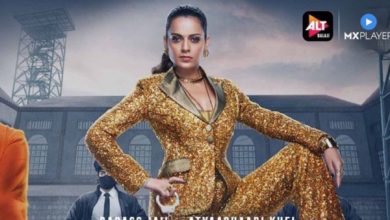 Lock Up: Good news for Kangana Ranaut and Ekta Kapoor, the show will be streamed on the fixed day and time 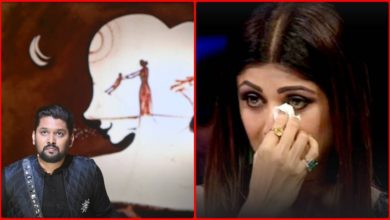 India’s got Talent: Sand artist Nitish Bharti pays tribute to mother with her art, Shilpa Shetty gets emotional after seeing her offer 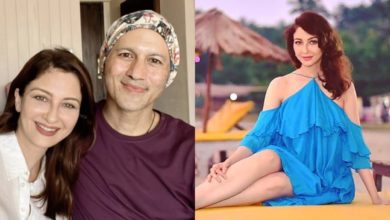