Bollywood superstar Salman Khan knows very well to win the hearts of his fans. Meanwhile, a video of him and boxer Nikhat Zareen is doing the rounds on social media.

Bollywood superstar Salman Khan (Salman Khan) is always seen standing ahead for his fans. Salman is also called friend of friends and enemy of enemies. It is very difficult to guess the fan flying of Dabang Khan. There is more than one person present in the fan list of the actor. One of which is the name of gold-winning boxer Nikhat Zareen. Nikhat likes Salman Khan very much and he is his big fan.

This video of Salman Khan and Nikhat Zareen has caught everyone’s attention. On one hand, where it can be seen in the video that Nikhat is very excited while dancing on this song with his favorite actor. At the same time, Salman is looking at their happiness. The simplicity of the actor is being liked by his fans. Till now this video has got millions of likes. While sharing this video, the boxer has written in his caption, finally the wait is over. Along with this, he has also put a heart shape emoji and has also tagged Salman in the video. Fans are also commenting on this post. Commenting on a user wrote, Nikhat your dream has come true, I am very happy for you.


tell me, Nikhat Zareen She won the gold medal for India in the 52 kg category in the Women’s World Championship in 2022, during which Salman Khan also congratulated her through a tweet. Commenting on which Nikhat also expressed his feelings.

Sunil Dutt Birth Anniversary: ​​When Sunil Dutt saved the life of Nargis in hero style for the first time in real life, the actress was heartbroken

Lock Upp: Karanvir Bohra won the bathroom by beating Payal in the game of ‘Snake-Ladder’, Munawwar Farooqui reversed the game 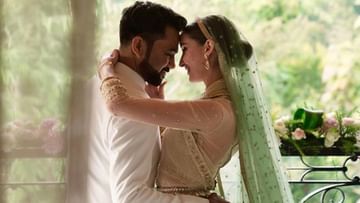 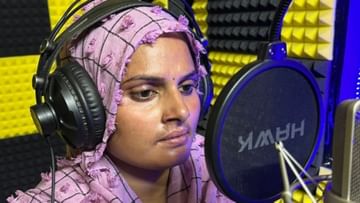 When she becomes a star, she will return, but did not come…, husband Imran said on the allegations of Farmani