After the controversy over the remarks made on Prophet Mohammad, now Naseeruddin Shah has also given his opinion on the issue.

Prophet Muhammad Remark: Actor Naseeruddin, who gave advice to PM Modi on a news channel, is being trolled in the matter of remarks on Prophet Mohammad. People are questioning the actor that where were you when Hindu gods were insulted in a gathering in this country.

The issue of remarks made by BJP leaders on Prophet Mohammad is increasing. After getting a strong response from many Gulf countries in the matter, the party showed the way out to the national spokesperson Nupur Sharma, but the matter is not taking the name of calm. Now Bollywood actors on this issue Naseeruddin Shah (Naseeruddin Shah) has also given his point. Giving advice to Prime Minister Narendra Modi, he has said that it is a poison, which you should come forward to stop the spread. Since this statement, the hashtag #NaseeruddinShah is trending on Twitter. Users are trolling the actor fiercely. Most of the people are questioning the actor that where were you when Hindu gods were insulted in a gathering packed in this country.

During a conversation with a channel, Naseeruddin Shah has also expressed confidence that one day good understanding will prevail among the people and the ‘wave of hatred’ against Muslims will end. After this statement, there has been a flood of reactions from the hashtag #NaseeruddinShah. Questioning the actor from the handle @true_vs__false, a user wrote, ‘I agree with you. Such comments are a threat to democracy. But when people like Owaisi’s brother make derogatory remarks on Hinduism and Hindu gods, why don’t you speak? In a democratic country, insult of any religion is absolutely not acceptable. Similarly, many people have asked the same question to the actor. Let’s take a look at the selected reactions…

‘Why don’t you speak on Owaisi’s brother’

He himself & his bais statements are more than poison.. First #NaseeruddinShah should stop himself to spread poison

Oh where was he ?…when his kind were abusing, ridiculously mocking, insulting n denigrate Hindu Gods/Goddesses…. literal Blasphemy!!! Where were you #NaseeruddinShah , And where were you @ttindia ,

At the same time, retired Major Gaurav Arya has shared an old video of AIMIM MLA Akbaruddin Owaisi on Twitter, in which the MLA is seen insulting Hindu deities in a packed meeting. Retired Major has demanded the arrest of Akbaruddin.

In India, if you oppose such behavior or respond to it, you are branded communal & cases are filed against you.#ArrestAkbaruddinOwaisi pic.twitter.com/4sYeZyLosx 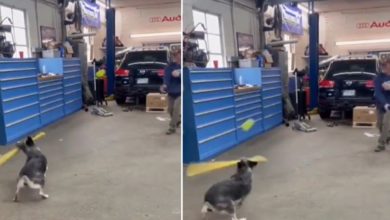 Viral Video: The video of Doggy playing baseball has won the hearts of the Internet public, has more than 2.5 million views 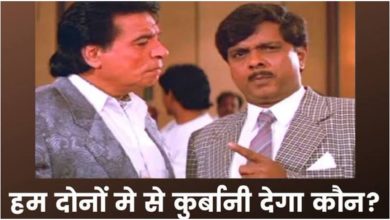 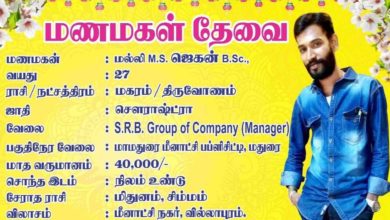 Oh yours! 27-year-old man is not getting his ‘type bride’, got upset and got posters put up across the city! 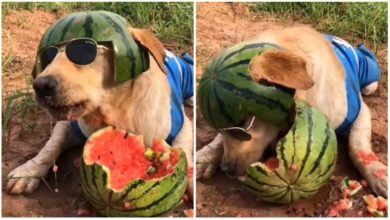 In a different swag, Doggy enjoyed the watermelon, watching the video people said – the best way to keep yourself hydrated in summer..!