After watching the semi-final match between India and England in the T20 World Cup 2022, when Dhoni came to play his final match of tennis, he also could not play completely.

MS Dhoni, who raised the flag of Team India in his time, was disappointed when he saw his plight in Adelaide. Waiting for 9 years once again remained a wait, this thing drowned Dhoni in sorrow. T20 World Cup 2022 After watching the semi-final match between India and England in India, when Dhoni came to play his final match of tennis, he too could not play completely. However, Dhoni’s reason for not playing the entire final match of tennis was different.

There is no doubt that Dhoni was disappointed with India’s defeat at the hands of England in the semi-finals. But, the final match of tennis could not take place because there was not enough light on the court. Let us tell you that the final match in which Dhoni was playing was of the JSCA Tennis Tournament. This tournament is being played in Ranchi.

Disappointed with the semi-finals, Dhoni could not play the entire final!

Dhoni reached the tennis court late for a full hour for the final match. The reason for this became the semi-final match between India and England, which he was watching. Dhoni, who is participating in the doubles event of the tournament, won the first set 6-2 along with his partner Sumit. But, after that the match was stopped due to bad light. The match could not start again after stopping and now the next match will be played on November 14.


Next match will be on 14th November

However, in the match that took place Dhoni And Sumit’s pair was completely dominated by the front team. In the final, they were competing with the pair of Kanhaiya and Rohit. The kind of game Dhoni showed during the first set was amazing. His services and smashes were highly praised. The special thing is that as Dhoni used to win the hearts of his opponents in cricket, he was seen doing the same here too. However, the final result of their final match will now have to wait till November 14. 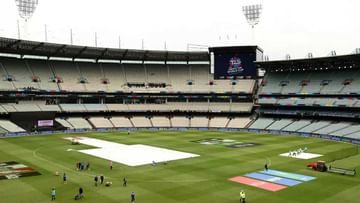 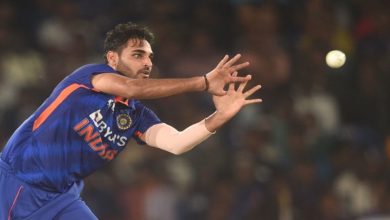 IND vs SA: Bhuvneshwar Kumar took fewer wickets than Harshal Patel, yet became the player of the series, know what is the reason? 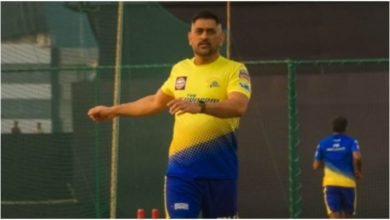 IPL 2022: Dhoni’s new friend comes from Ireland! Will help CSK in getting ready for the match 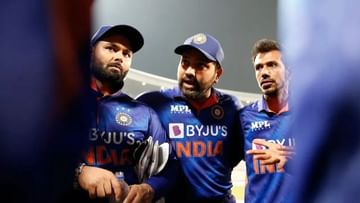 Asia Cup 2022: Team India’s health will be investigated, camp will be held in UAE a week ago