This video of the thief has been shared on the social media platform Twitter with the ID named @ViciousVideos. This video of just 6 seconds has been viewed more than 9 thousand times so far, while hundreds of people have also liked the video.

Thief running away by snatching mobile became victim of accident

nowadays Thief How many have become so foolish? He is neither facing any fear of being caught by the police nor what will happen if people catch him. You must have also seen that if people see a thief theft If caught doing it, then many times they beat him to death, but still the thieves have no fear of it. social media But often all kinds of things related to theft Videos Viral It keeps happening, in which sometimes the thieves are successful in escaping and sometimes they are caught. Nowadays one such video is becoming very viral, seeing which you will be surprised and maybe even say that what happened to the thief, it happened right.

Actually, the thief running away after snatching the mobile collided with a car as soon as he went on the road and immediately he got the fruits of his bad karma. In the video, you can see that a person is sitting in a restaurant on the roadside and is operating a mobile comfortably. Meanwhile, a thief secretly comes from behind him and snatches his mobile from his hand and starts running away. Seeing this, the victim also tries to run after him, but only after taking four-five steps forward, he sees that the thief collides with a car and falls on the road in front of him. Have you ever seen a thief getting into an accident like this?

See how the thief got the ‘karma fruit’ in a jiffy

This video has been shared on the social media platform Twitter with the ID named @ViciousVideos. This video of just 6 seconds has been viewed more than 9 thousand times so far, while hundreds of people have also liked the video and given various reactions.


You must have seen many videos of thieves running away after stealing, but videos like this are rarely seen that the thief becomes a victim of an accident while running away. 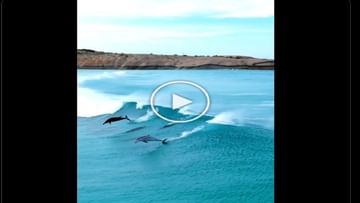 Dolphins were seen surfing on the waves, you will remember the amazing feat of the animated film 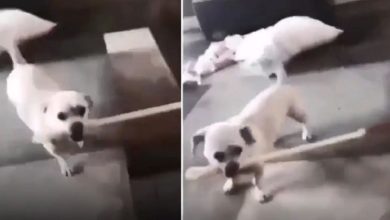 The dog thrashed the girl fiercely with a stick, the video shocking social media users 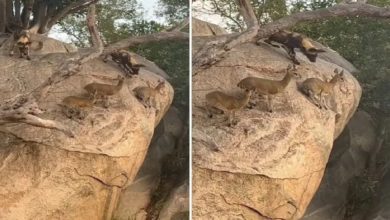 After watching this video you will understand what is Struggle? heart wrenching video went viral 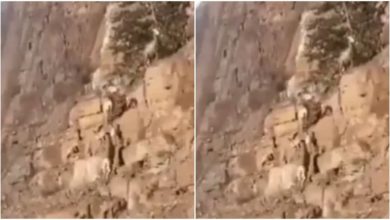 Viral: Within 9 seconds a herd of goats failed the ‘law of gravity’, users were surprised to see the video