Shaheer Sheikh and Jasmin Bhasin are two famous faces of TV. Although these two had never worked together before. These two have come together for the first time for a music video.

The beautiful weather of the rainy season and the song that awakens the feeling of rain definitely knocks on the hearts of the listeners. Everyone waits for the rainy day and in such a situation, if one gets acquainted with the romantic song, then nothing can be better than that. Shaheer Sheikh and Jasmin Bhasin have appeared together in a music video for the first time. Saregama’s monsoon special song ‘Is Baarish Mein’ has now been released and fans are very fond of this romantic song. Let me tell you, in this romantic song of rain, Jasmine and Shaheer Sheikh The chemistry of (Shaheer Sheikh) is being liked by the audience very much.

This song is sung by Neeti Mohan and Yasir Desai

Although many songs have been made on rain till now, but this is the first monsoon song of this year. Music track of this song is composed by Ripul Sharma, while this song is written by Sharad Tripathi. This beautiful song has been sung by famous singers Yasir Desai and Neeti Mohan and music is directed by Aditya Dutt.

Shaheer Sheikh and Jasmine are seen together for the first time

Talking about this song, Shaheer Sheikh says, I was very excited about the music video of ‘Iss Baarish’ ever since I was shooting for it. This is the first time I have shot with Jasmine and it was the best experience for me. I am glad that it has been released now in this rain. I hope the audience will drench this song with all the love.” So Jasmin Bhasin says, “I am very excited that the song has been released. I hope it becomes a part of the memories of the listeners in the month of rain. There is nothing better than a mix of rain and a song.

Know what singers have to say

Singer Yasir Desai says, “The first rains of Sawan are very precious, like the time spent with your lover. This sentiment is expressed in this song. I am happy now that it has been released. I hope the audience will enjoy and enjoy it a lot. Salute to Neeti for being such a wonderful co-singer. Neeti Mohan says, “Singing in this rain has been very enjoyable. It is a beautiful creation that captures the vibrancy of the season which we all love to celebrate. Singing this song with Yasir was amazing. 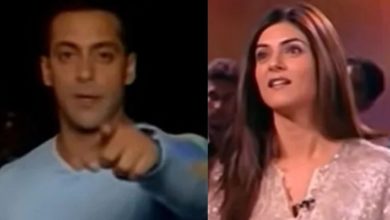 Viral Video: Sushmita did something like this when she met Salman for the first time, she said- what is the problem with her man? 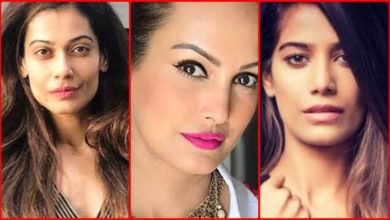 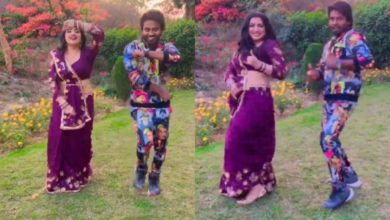