The team of Jammu and Kashmir, filled with many explosive batsmen including Abdul Samad, registered a spectacular victory, destroying the deadly fast bowling of Madhya Pradesh.

The first match of the season was not good for Avesh Khan.

In the T20 World Cup 2022, the Indian team’s journey ended before the final, but on the other hand, the second important tournament of India’s domestic season has started and its beginning has been a bang. The Vijay Hazare Trophy, the country’s top domestic tournament in ODI cricket, began on Saturday, November 12 and it rained runs on the very first day of the tournament. Especially in one match, the current Ranji Trophy champion Madhya Pradesh became the victim of a reversal. Chasing a big target, Jammu and Kashmir beat MP by 2 wickets.

The team of Madhya Pradesh, which won the Ranji Trophy title for the first time in June this year, has some of the best emerging players of the current times, out of which Avesh Khan has played for Team India in ODI and T20 formats this year, while Silver Patidar has also made his place in Team India and will be a part of the team on the Bangladesh tour next month. Apart from these, fast bowler Kuldeep Sen, who made his mark in IPL 2022, is also a part of this team.

Obviously a strong performance was expected from a champion team and a team full of such great stars. At least in batting, MP did the same. In this match of Elite Group D, MP scored a strong score of 342 runs for 9 wickets in 50 overs against the relatively less experienced and well-known team of Jammu and Kashmir.

Opener Yash Dubey, who batted well for MP in the last Ranji season, again did wonders and played a tremendous innings of 121 runs. Apart from them, Abhishek Bhandari (74) and Rajat Patidar (62) also made a big contribution.

The target for Jammu and Kashmir was not easy at all and MP had two stormy fast bowlers in the form of Avesh Khan and Kuldeep Sen. Despite this, the batsmen of Jammu and Kashmir showed aggressive style. Opener Vivrant Sharma (69) and No. 3 batsman Henan Nazir (68) made a quick start.

Then the powerful batsman Abdul Samad wreaked havoc in the middle order. Samad, who was recognized for his big shots in the IPL, scored 66 runs in 62 balls and did not let the team’s pace slow down. 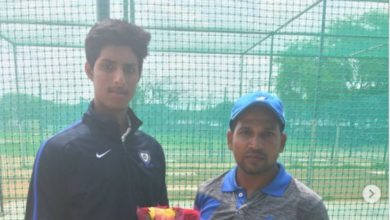 Electrician father did not have money to feed cricket, coach made the issue, now became a millionaire in IPL 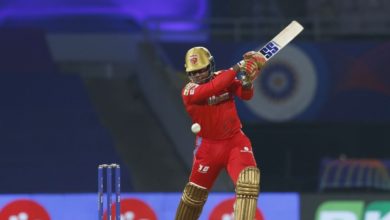 RCB vs PBKS IPL Match Result: Odeon Smith turned the match in one over, RCB snatched the victory, Punjab Kings made a winning start 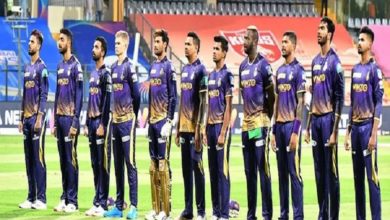 IPL 2022: KKR made the batsmen’s life happy, know the speed of Umesh Yadav, what did the spin of Naren-Chakraborty do? 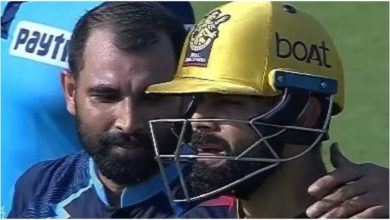 Virat Kohli and Mohammed Shami… Companions of each other’s difficulties, the new picture seen in IPL 2022 says a lot