The BCCI had also removed Virat Kohli from the captaincy of the ODI team in December 2021 itself and only after that the dispute between Kohli and the board started.

There was a dispute between Virat Kohli and BCCI President Sourav Ganguly last month. (File Photo)

Virat Kohli (Virat Kohli) On 15 January, he had surprised everyone by resigning from the captaincy of the Indian Test team. Kohli had also relinquished the captaincy of the third and last format just a day after the Indian team’s loss in the Test series on the South Africa tour. While Kohli’s resignation surprised everyone, the Board of Control for Cricket in India (BCCI) President Sourav Ganguly (Sourav Ganguly) After his dispute with him, apprehensions were being raised about it. Now a new revelation has come to light in this matter. A report has claimed that even before Kohli’s resignation, the BCCI had decided to remove Kohli from the Test captaincy and was to be stripped of the captaincy after the South Africa tour, but Kohli himself left the post to open this possibility. finished.

sports website insidesport A report of the Indian Premier League claimed that the issue of removing Kohli from captaincy after the South Africa series was discussed in the board meeting. The report quoted an unnamed BCCI official as saying, “Yes, the option was discussed that he (Kohli) be asked to resign after the South Africa series. Not everyone agreed on this, but the majority were against a divided captaincy and wanted a fresh start while Virat would concentrate on his batting. Had he not resigned, he would have been asked to do so.”

Kohli had decided to resign from the captaincy on 15 January. Kohli took charge of the Test team as the full captain in 2015 after MS Dhoni. Since then, he was the captain of the team for 7 consecutive years. In his resignation, Kohli had said that he did not want to be dishonest towards his team and hence decided to resign from the captaincy. Under Kohli’s captaincy, India won 40 matches in 68 Test matches. He is the most successful Test captain of India.

When and why did the ruckus happen?

In the last one and a half months, there has been a serious dispute between Virat Kohli and BCCI. Kohli had decided to resign from the captaincy of the T20 team in September 2021. Kohli had announced to step down as captain after the T20 World Cup. After this, the selectors also removed Kohli from the captaincy of ODIs in December 2021. During this, Board President Sourav Ganguly had said that he himself had appealed to Kohli not to give up the T20 captaincy. After this, in a press conference before going to South Africa in December itself, without naming Ganguly, Kohli called his statement wrong, which created a ruckus. After this Ganguly had said that the board will deal with this dispute. 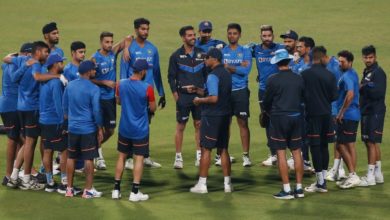 IND vs WI: Bad news from Kolkata for Team India, star all-rounder out of T20 series 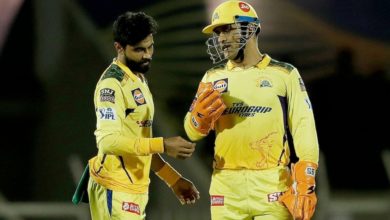 IPL 2022: Jadeja, the captain of Chennai Super Kings upset with the bowlers, got angry after the sixth defeat, told the truth 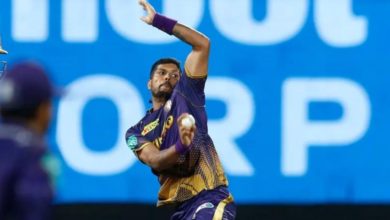 Umesh Yadav in IPL 2022: 2 matches in two years, absurdity in auction too…. Now Umesh Yadav on ‘8th sky’ of success

Lalremsiami, who is going to play two World Cups for India in a year, needs a hockey ground