Many pictures of singer Kanika Kapoor are becoming viral on social media. Singer is looking very beautiful in the pictures that came out from the wedding ceremony of Kanika. The view of Kanika’s wedding is no less than a dream wedding.

Kanika Kapoor, Gautam Marriage : Singer Kanika Kapoor has tied the knot. Kanika married businessman Gautam in a very royal manner in London on Friday. In such a situation, many pictures of Kanika and Gautam’s wedding are becoming viral on social media. So there is another video from the wedding ceremony of Kanika (Kanika Kapoor Royal Wedding) in which Kanika Kapoor Taking a garland, she moves towards Gautam. Coming on stage, Kanika tries to put a garland around Gautam’s neck, while Gautam Singer seems to be having fun with Kanika. This video of Gautam and Kanika is quite funny, Kanika is looking very beautiful in the video.

Apart from this, many more pictures have come out in which Kanika and Gautam are seen living these special moments of their life. Kanika was in London for a long time, all the functions of Kanika’s marriage have taken place in London itself. In such a situation, many beautiful pictures of Mehndi Sangeet and Haldi Ceremony also came out.

Here see Kanika wearing her garland at the time of marriage..

Kanika’s light colored lehenga looked very beautiful in the day wedding. On the other hand, talking about Gautam’s look, during this time he was wearing a cream color sherwani and light pink pug color pug. Which was matching with Kanika’s dress.

Watch the video of Kanika and Gautam from Mehndi Ceremony here


Another video of Kanika and Gautam’s wedding had surfaced in which Gautam was seen bringing roses for Kanika. At the same time, while giving flowers to Kanika, he was seen kissing. The song ‘Mehndi Laga Ke Rakhna’ from the film DDLJ was heard in the background. 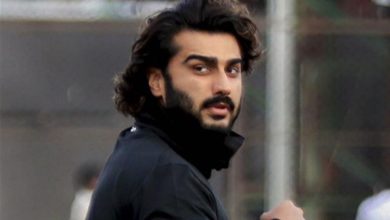 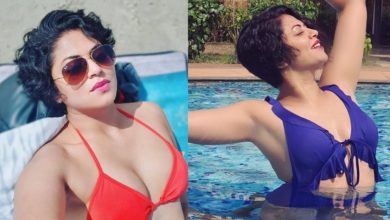 Birthday Special: Kavita Kaushik, who became famous with the serial ‘FIR’, has made fans crazy with her hotness, see photos

Danielle Rose Russell on the Series Finale of ‘Legacies’