Actress Kangana Ranaut’s reaction has also come on Alia Bhatt becoming a mother. He has not said and written anything but has definitely liked Alia’s post on Instagram.

November 6 has been the most memorable day of life for Alia Bhatt and Ranbir Kapoor. Alia Bhatt gave birth to a daughter on Sunday, November 6. from this news Aliya And there is a festive atmosphere in Ranbir Kapoor’s family. Everyone is very happy with the arrival of the little angel in the family. Alia-Ranbir’s fans also congratulated both the stars after the arrival of the new guest.

Alia-Ranbir got married on April 14 and within seven months, the Kapoor and Bhatt family got a little angel. Many stars including Anushka Sharma, Sara Ali Khan, Akshay Kumar, Riteish Deshmukh, Deepika Padukone, Katrina Kaif, Madhuri Dixit, Anil Kapoor, Mouni Roy, Kareena Kapoor Khan and Kapil Sharma congratulated on becoming the parents of Bollywood’s power couple. However, in the meantime, the reaction of actress Kangana Ranaut, who often criticizes Alia and her films, is also in the news.

Actually, Kangana Ranaut has neither commented on Alia’s post nor given any statement anywhere else, but still her reaction is being discussed. Something happened that more than 40 lakh people have liked Alia’s post. And Kangana Ranaut is also included in these likes. Screenshot of liking the post is going viral. 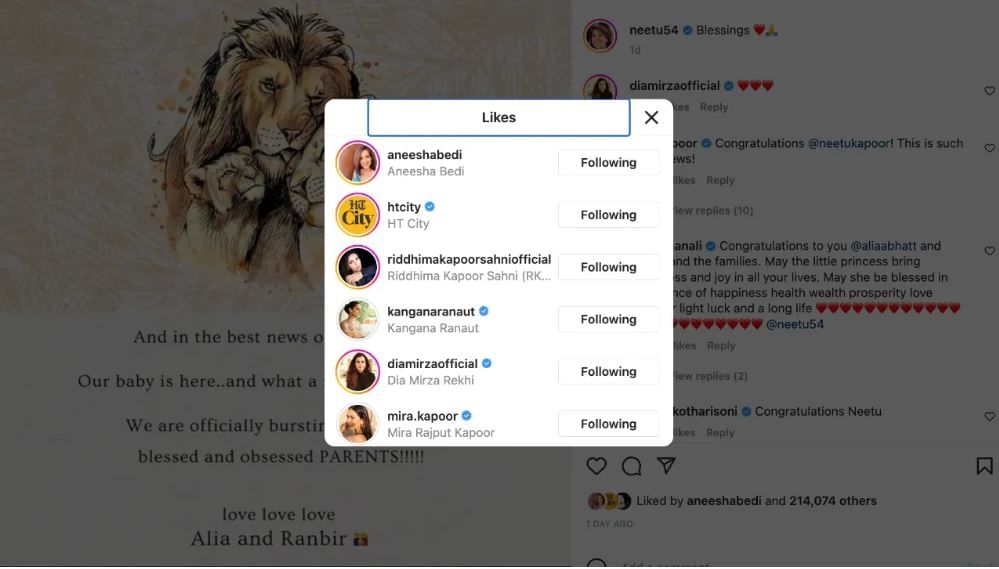 Kangana has been criticizing Alia

Kangana Ranaut, who has been vocal about nepotism (nepotism in films), has often targeted Alia. On one occasion, he had described Alia as mediocre. Apart from this, Kangana had also criticized the recent film Brahmastra. Kangana is also very critical of filmmaker Karan Johar and has been targeting him for nepotism.


Kangana is busy shooting for Emergency

Kangana Ranaut On the work front, she is busy shooting for her next film Emergency these days. In this film, Kangana is playing the role of former Prime Minister Indira Gandhi. Kangana herself is also directing this film. Apart from Kangana, actors like Anupam Kher, Milind Soman, Mahima Chaudhary, Shreyas Talpade, Bhumika Chawla and Ashok Chhabra will also be seen in the film. 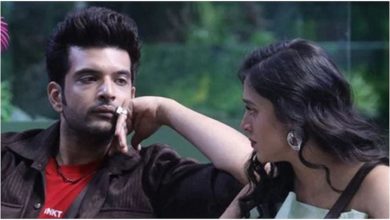 Karan Kundra got angry again on Tejashwi Prakash, said- you go from here, I don’t want anything in bailout 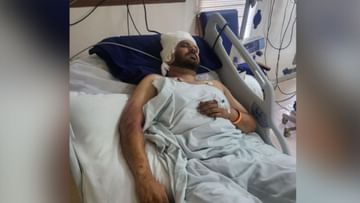 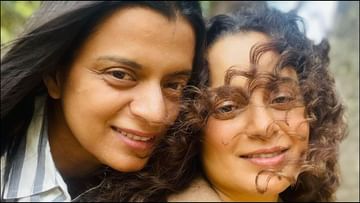 ‘I used to be afraid of someone..’- Kangana’s condition had become like this after the acid attack on her sister 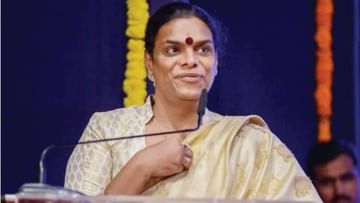 Father had performed last rites of Gauri Sawant alive, such has been the story of her life