The head coach of the team, Chris Silverwood, is isolated due to Corona. Because of this, he is not part of the team in the practice session of the team going on or before the fourth Test to be played in Sydney.

The England team has been attacked by Corona. So far 7 members are reported to be corona positive. The head coach of the team, Chris Silverwood, has also had to be isolated due to the family member being corona. Because of this, he is not part of the team in the practice session of the team going on or before the fourth Test to be played in Sydney. Now that the coach’s chair is vacant, then team captain Joe Root was seen playing that role for the time being. For the Sydney Test, he was first seen testing the preparations of the players. Then he also gave some batting tips.

A video of the England team’s practice session from Australia has surfaced, in which Joe Root is first watching the practice of his batsmen very carefully. Then he also got them some throw downs. After that he was also seen sharing his experience with the batsmen. That is, he was seen giving some tips as well.

Maybe a result of the dwindling numbers in England’s coaching staff, but Joe Root seems to have taken on some coaching duties at the SCG, even dishing out some throwdowns, three days out from the fourth #Ashes Test pic.twitter.com/CXgP4gGVG8

Seeing this style during the practice session of the England team, one thing is clear that their focus is only on batting. The team’s batting has been seen revolving around Root in the Ashes series. Now the situation changes in the new year, Captain Root would definitely like it. And in this effort, he is seen engaged in this video as well.

England’s latest position in the Ashes series is not hidden from anyone. In the series of 5 Test matches, the team is behind 0-3, ie Australia has lost the battle of ashes. Now he has to play, just for the sake of respect, which can only be achieved by winning the next two Tests.

England has played 51 Ashes matches at the Sydney Cricket Ground, winning 22 and losing 23. The same 6 Tests have been drawn. That is, there is not much difference between victory and defeat at SCG. The England team can start the new year with a win. The fourth Test between England and Australia is to be played in Sydney from January 5.

Read also: Star player returned to cricket after winning the battle of life, rode a bat in a wheelchair, picture went viral

One shot of Ben Stokes was amazing, the name associated with coach Brendon McCullum, only veterans are included in this club 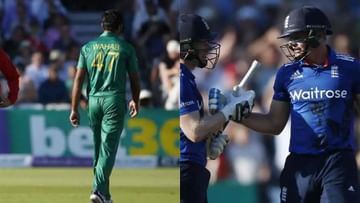 England had scored 444 runs, how many sixes were eaten by Pakistani players, know here 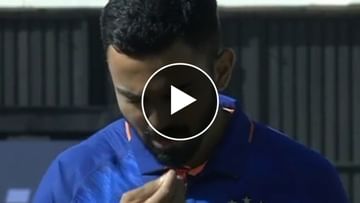 IND vs ZIM: How Rahul won the hearts of fans without playing the ball, you will understand by watching the video!

Ind vs Eng: In front of Indian lions, the British were in their house, neither bat nor ball, know the main reasons for the victory of Team India