Let us tell you all, the beauty parlor operator living in Baghpat, Uttar Pradesh has accused India’s top hairstylist Javed Habib of spitting on his head. Yes, the proof of which is in the video going viral.

Who does not know Javed Habib after all? Nevertheless, for your information, let us tell you that he is a famous hairstylist. People spend a lot to get their hair cut. They have franchises in many big cities. Often people do the hairstyle given to them. Recently Javed Habib has been in the headlines. Let us tell you that this time the reason why he is in the discussion is not a new hairstyle, but a lousy job. Let us tell you all, the beauty parlor operator living in Baghpat, Uttar Pradesh has accused India’s top hairstylist Javed Habib of spitting on his head. Yes, the proof of which is in the video going viral.

Now for this reason he is also trending on Twitter in the name of #JavedHabib. For which social media users are also sharing their reaction. In the video going viral, it can be seen that Javed Habib is seen spitting on the head of a woman. He can be heard saying that Javed Habib says that there is life in this spit. The people present there also start laughing after listening to him. Now after this, the reaction of the woman has also come, which is going viral.

This video is too disgusting to post. But I think this should reach everyone! Shame on you #JavedHabib pic.twitter.com/aP9HJjYiJ9

In the video, the woman says – My name is Pooja Gupta and I have my parlor by the name of Vanshika Beauty Parlor and I am from Baraut. I attended the seminar of Jawed Habib sir yesterday Jawed Habib sir, in which he invited me on stage for hair cut and he misbehaved. He showed that if you do not have water, then you can also get hair cut with spit. So I did not get my hair cut. I will get my hair cut by the barber of any street, nook, but I will not get it cut by Javed Habib.

People are very angry with this action of Javed Habib. People are sharing a lot of reaction on this video. One user commented and wrote – Brother, I will get hair cut everywhere. But Javed Habib Saloon Maaf Kar Re Baba. Another user wrote – Javed Habib spit while cutting hair instead of water, it is shameful. The third user wrote – You have done a very fallen act #JavedHabib. People have become very angry after watching this video. Along with this, there are various types of comments. 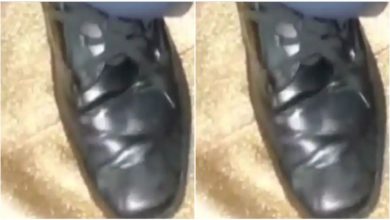 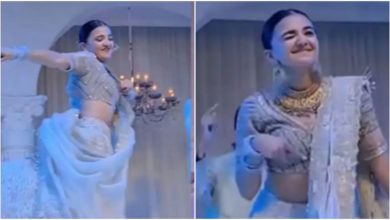 The younger sister of the bride did a wonderful dance on the song ‘Bijli Bijli’, everyone will be happy after watching the viral video 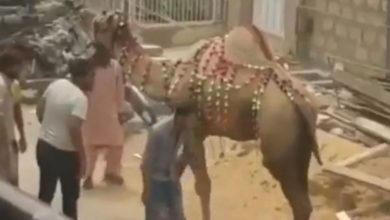 The boy immediately got the ‘fruits of deeds’ from the animal, watching the video, people wrote – this is called karma 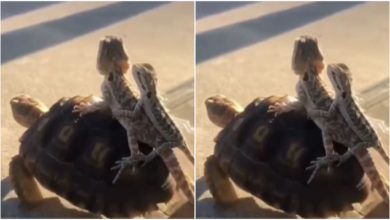 Lizards ride on the back of a tortoise, watching the video, people said – ‘May the friendship of both be immortal’