The Indian team is on top in Group 2 of the Super-12 round of the T20 World Cup. She is also a contender to reach the semi-finals but what is her performance against Bangladesh pointing towards?

Win against Bangladesh but is Team India ready for the semi-finals?

India faced some worrying moments before winning over Bangladesh with the last ball of the match and almost cemented their place in the semi-finals of the T20 World Cup after a thrilling encounter. India on Wednesday registered their third win in four matches played in Adelaide, beating Bangladesh by five runs to top Group 2. It was a matter of relief because during the match it seemed that the Bangladeshi team chasing the target was ahead in this match.

Taking the player of the match award for his unbeaten half-century, Virat Kohli said, ‘We did not want the match to be so close in the match.’

The match remained exciting till the last minute

The Indian bowling remained weak in front of the stormy batting of Bangladesh’s Liton Das. This experienced Bangladesh batsman was promoted to the top order. He seemed the most comfortable as an opener and he also performed brilliantly. During the powerplay, it was as if Das was playing against the high school team. He challenged the Indian fast bowlers and played new shots all around the park. Thanks to his stormy batting, Bangladesh had scored 60 runs for no loss at the end of the powerplay and Das’s score reached 56.

By the time the match was halted in the 7th over due to rain, Bangladesh had scored 66 runs without any loss. Team India was desperate to send Liton Das back to the pavilion, but the edge of the bowling looked dull and showed India’s weakness under pressure.

Bangladesh fans were in for a jolt when the game resumed with a small target under the Duckworth-Lewis system after the rain was disrupted. Ravi Ashwin took command of the bowling and Shanto played his second ball like midwicket and ran for two runs. KL Rahul moved quickly to collect the ball and, looking towards the stumps, broke the stumps with a bouncy throw. Das was returning, he scored 60 runs in 27 balls with the help of 7 fours and 3 sixes.

K Srikkanth said, ‘That fielding of KL Rahul made a difference. The way he came with energy, made a clean pick and threw it from a distance to break the stumps, he turned the match around. Ravi Shastri admitted that Das’s run out was the turning point. After the poor performance in the previous match, the Indian fielders improved this match and did not make a mistake in collecting the ball. Suryakumar Yadav took two difficult catches and in this way Team India brought Bangladesh’s innings on the backfoot.

Arshdeep Singh’s good bowling also helped Team India. This young left-handed player took the responsibility of bowling the last over on his shoulders and did not disappoint. Captain Rohit Sharma heaped praise on Arshdeep and revealed how the team management has worked on him in Jasprit Bumrah’s absence. “It is not an easy job, but he has done really well,” Rohit said.

Good pace bowling can put any team under pressure, but India seems to be making it more difficult for themselves. Taskin Ahmed bowled at a good pace and in the right places. Unfortunately, he could not take wickets in this match, but he made it difficult for the top order batsmen many times and made it easier for other bowlers to take wickets.

How is Team India’s preparation for Knock Out?

One needs to dominate the opposition with sharp batting to become the world champion, but we haven’t seen that in the tournament so far. Some may argue that the score of 184 in Adelaide was good, but India could have scored more if Team India had used more short square boundaries. Actually, thanks to another half-century from Kohli, India could reach 184. They were strengthened by Rahul’s 50 on time and some strong hitting from Suryakumar Yadav, but it always appeared that India were a few runs short.

The score predictor showed 180 at the end of 5 overs, but the Indians could not accelerate to go beyond that. Dinesh Karthik is in the team as a finisher, but he has failed to perform well on this front. This weakness can hurt India as they go to play at the end of the match and they face more prepared teams. The match against Bangladesh has made it clear that Team India is not well prepared for the knockout stage and dealing with this difficulty will not be easy for the Indian team management. 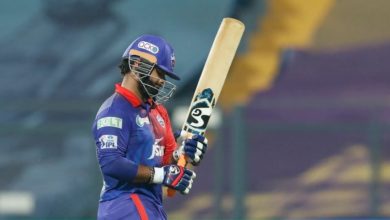 IPL 2022: Rishabh Pant had to mess with the umpire by taking a no ball, his pocket was loose, the coach was banned for one match 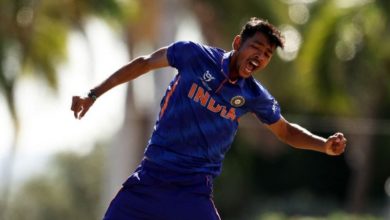 Ravi Kumar got Ranji Trophy ticket before IPL, rewarded for performance in Under 19 World Cup 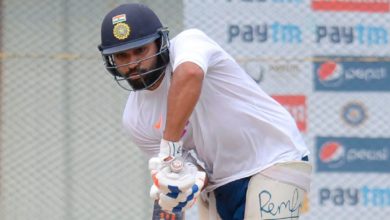 Rohit Sharma’s Covid-19 test report surfaced, will the Indian captain be seen in the T20 series? 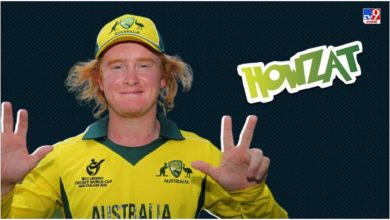 This Australian bowler has the habit of making records! History was created by shocking England