Doctor Strange in the Multiverse of Madness stars Benedict Cumberbatch in the lead role and is part of Phase 4 of the MCU. The Sam Raimi film has been described as Marvel’s first horror film and will be released in theaters on May 6.

Any Marvel film comes into the limelight even before it arrives. Marvel’s upcoming film once againDoctor Strange in the Multiverse of Madness, (Doctor Strange In The Multiverse Of Madness) A new ‘leak’ of (Leak) Not only does it bolster the claim that Iron Man is appearing in the film, but it also explains the exact role of the character in it. Ever since ‘Doctor Strange 2’ began production, Iron Man has (Iron Man) There are rumors of a version of . Some unconfirmed set leaks have hinted at the role of Tom Cruise. Now this news will increase the interest of the fans to watch the film a little more.

Doctor Strange in the Multiverse of Madness begins after Spider-Man: No Way Home and deals with the concept of multiverse and variants. Given this, fans are hoping that Iron Man—whose death occurred in the MCU in Avengers: Endgame—will return, even if played through a different actor.

‘Iron Man’ will be seen in the film

A new leak posted via a film insider claims that Iron Man will actually appear in the film, albeit for a short time. A tweet from a pop culture insider, Moth Culture, claimed that an Iron Man version wearing gold armor would appear in the film, but only for a few seconds. The leak added that this Iron Man would not be in a fight with Wanda (Elizabeth Olsen) or the Illuminati Trials, both sequences that are hinted at in the film’s final trailer.

The Illuminati leak refers to a secret society in Marvel Comics, which includes Iron Man as one of its members, along with Mr. Fantastic and Professor Charles Xavier. Xavier has already been confirmed to appear in Doctor Strange 2, with Patrick Stewart reprising his role from the previous X-Men films.

Earlier, it was apparently revealed from the sets of a toy attached to the film that not only Iron Man but also Spider-Man are seen in the film. Lego set number 76218—titled The Sanctum Sanctorum—shows short figures of three different versions of Doctor Strange fighting both Iron Man and Spider-Man, as well as a giant monster. That monster has been seen in the latest trailer of the film.

This film will be released in theaters on May 6

Other leaks and reports have claimed that Ryan Reynolds and Tobey Maguire will reprise their roles of Deadpool and Spider-Man in the film. Both these actors have also denied these reports. Doctor Strange in the Multiverse of Madness stars Benedict Cumberbatch in the lead role and is part of Phase 4 of the MCU. The Sam Raimi film has been described as Marvel’s first horror film and will be released in theaters on May 6.

Also read- New Release Dates: ‘The Rock’ Dwayne Johnson announced the new release dates of his two films, know what are his roles 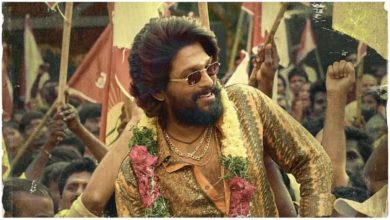 Malaika Arora wreaked havoc in a lehenga, seeing the pictures, fans also said, ‘What is the matter…’

IIFA Gala 2022: When Salman Khan and Aishwarya Rai entered the gathering of stars, you will also remember the old days after seeing the view 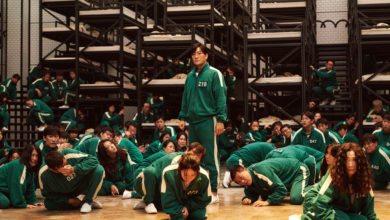