Five-time winners Mumbai Indians have not been able to do well in IPL-2022 and have suffered consecutive defeats which have affected their chances of making the playoffs.

Mumbai Indians (Mumbai Indians) Five-time IPL winner. The team that has won the most number of IPL titles. The team that becomes a headache for other teams. but IPL-2022 (IPL 2022) In Mumbai Indians changed. Changed because victory has been away from this team. This team, captained by Rohit Sharma, had to face eight consecutive defeats. This had never happened before. As a result, Mumbai’s team played in this season’s playoff. (IPL Play off) Key has become the first team to be out of the race. That is, it seems now that the team of Mumbai Indians will not be able to go to the playoffs. If we look at her position in the points table, she has won only one out of nine matches and has only two points. No other team has as few points as Mumbai has so far this season.

Last night in IPL-2022, there was a match against Chennai Super Kings and Royal Challengers Bangalore in which Bangalore team won. With this, Mumbai also got a setback. Bangalore now has 12 points and is at number four in the points table. Gujarat Titans have 16 points, Lucknow Super Giants have 14 points. Rajasthan Royals and Bangalore have 12 points each. Apart from these two, Sunrisers Hyderabad and Punjab Kings have 10 points.

Entry will not be available even after winning all the matches

Mumbai has yet to play five matches and even if they win all the matches, they will have 12 points. In such a situation, he will not have the necessary points to reach the playoffs. In this IPL of 10 teams, the playoff cutoff will probably be of 16 points, so it is not possible for Mumbai to reach here. Some teams can also qualify with 14 points but for this the net run rate should be better. At present, Mumbai’s net run rate is -0.836 and winning by a large margin from here will not be able to improve its net run rate much. In such a situation, it seems certain that Mumbai Indians will not play in the playoffs this season.


Chennai is also out!

Like Mumbai, Chennai is also one of the successful teams of IPL. This team under the captaincy of Mahendra Singh Dhoni has won the IPL four times. But this season this team is struggling to win. Bangalore defeated Chennai by 13 runs in the match played on Wednesday. With this, Chennai’s hopes of reaching the playoffs have also been tarnished. Chennai have six points after 10 matches. Its parts have won three and lost seven. Now this team has to play four more matches. If Chennai wins these four matches, then it will have 14 points. Here the matter of net run rate will get stuck in which Chennai is far behind in the current situation. His net run rate is -0.413. In such a situation, Chennai will have to win all its remaining matches by a large margin, only then can there be some possibility of it. 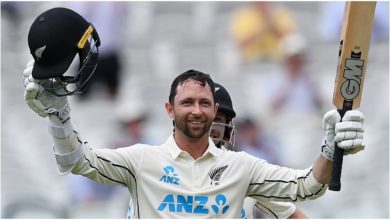 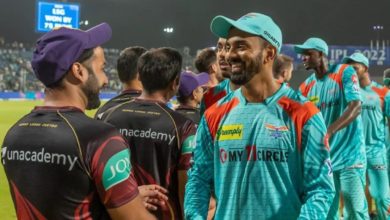 IPL 2022 Points Table: Lucknow occupy the top, Gujarat removed from the chair, a blow to KKR-Punjab 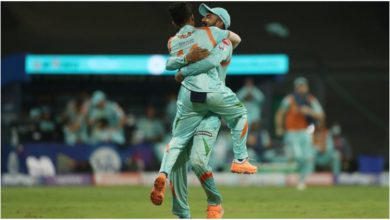