Five-time champion Mumbai Indians did not have a good start in IPL 2022. The team had to face defeat against Delhi in its own match. Now the team Rajasthan Royals in the double header match to be held on Saturday to open their winning account. (Rajasthan Royals) will face. Rohit Sharma (Rohit Sharma) The team would like to win in this match at any cost so that it can open the account of victory in the season. Although it will not be easy for them as Sanju Samson (Sanju Samson) Rajasthan Royals under the captaincy of Rajasthan Royals will take the field with a lot of confidence after winning the first match.

Rajasthan Royals faced Sunrisers Hyderabad in their first match of this season. He defeated Hyderabad by 61 runs in this match. Whereas Mumbai got defeated at the hands of Delhi. Now when both the teams will face, Rajasthan will try to improve their previous records. In terms of statistics, Mumbai will be played between Rajasthan Royals.

Who is dominant in 25 matches

This match to be played in Dr DY Patil will be the 26th match of IPL between Mumbai Indians and Rajasthan Royals. Talking about 25 matches so far, it is right here with a small margin but Mumbai looks ahead. Mumbai has won 13 matches out of 25, while Rajasthan Royals has won 11 matches. A match played between the two in the year 2009 has been inconclusive. Talking about the last season, both the matches of the league round were won by Mumbai Indians by a big margin.

If we talk about the statistics of players, then Sanju Samson has the most runs in 25 matches between the two teams, who has scored 416 runs. At the same time, Kieran Pollard and Mumbai captain Rohit Sharma are in second place, who has 316 runs. At the same time, Dhawal Kulkarni of Mumbai is at the fore in the bowlers, who has taken 17 wickets against Rajasthan. After this, Jasprit Bumrah is in second place, who has 14 wickets against Rajasthan. Whereas Jofra Archer has 12 wickets.

What was the result in the last match?

The last time both the teams met in Sharjah, UAE. Batting first, Rajasthan could score only 90 runs. For Mumbai, Nathan Coulter Knight took four and James Neesham took three wickets. On the other hand, Ishan Kishan had scored 50 runs in 25 balls, on the basis of which Mumbai had achieved this target in just 8.2 overs.

IPL 2022: There was a lot of talk with Dhoni, Gautam Gambhir’s reaction went viral after the victory of Lucknow Super Giants 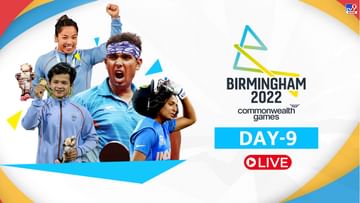 CWG 2022 Live: Medals will come in wrestling and boxing today! 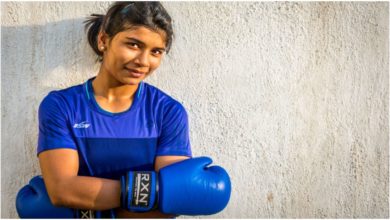 Nikhat Zareen got ‘big news’ after becoming world champion, doubled his happiness in a moment 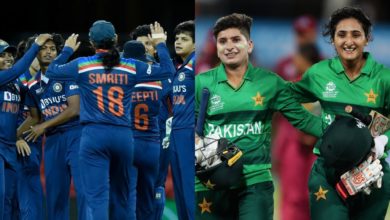 India-Pakistan clash in the cricket field, Jay Shah made a big announcement! 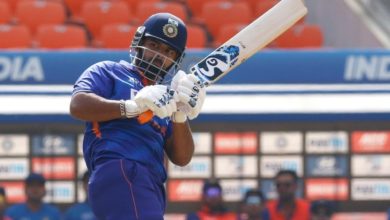 IND vs WI: Why did Rishabh Pant get the opening done? Will you get a chance again? Rohit Sharma replied