Yuzvendra Chahal made shocking revelations about the days of Mumbai Indians.

Yuzvendra Chahal recently made two big and shocking revelations about his initial days in the IPL within the last three months.

Team India’s star leg spinner Yuzvendra Chahal (Yuzvendra Chahal) Performing tremendously in IPL 2022. Chahal, who joined Rajasthan Royals after separating from Royal Challengers Bangalore, wreaked havoc in the first 4 matches and made it difficult for the batsmen to stay on the crease. By the way, Chahal is in discussion not only on the field, but also with his statements off the field. Chahal (Yuzvendra Chahal Mumbai Indians Story) Has made some such revelations in recent days, which has shocked everyone. In this case, former New Zealand all-rounder James Franklin (James Franklin) The name also came up, who is currently the coach of England’s county club Durham and the club has said that he will talk to Franklin about this.

This disclosure of Chahal dates back to his Mumbai Indians days, when he was just starting his career in the IPL. Chahal had recently revealed at an event for Rajasthan Royals that a drunk player had hung him from the 15th floor of the hotel after an IPL match in Bengaluru in 2013. Earlier in the year, in an RCB podcast, Chahal had made the shocking revelation that his 2011 Mumbai Indians teammate Franklin and Australian all-rounder Andrew Symonds had allegedly tied him up while celebrating victory in the Champions League final. Was left in the same condition overnight.

Franklin was a part of Mumbai Indians from 2011 to 2013. He was appointed coach of Durham in early 2019. After the revelations of the 2013 case, the 2011 issue was again in the news and now in this matter Durham has said that they will speak privately to the former fast bowler regarding the allegations leveled by Chahal against head coach Franklin. . According to the cricket website ESPN Cricinfo, Durham said in the statement,

We are aware of recent reports related to a 2011 incident in which a member of our coaching staff has been named. On any issues related to our employees, the Club will speak privately to the parties concerned to ascertain the facts.

Chahal had made a big disclosure

The things that Chahal had told while disclosing this matter in the RCB podcast were goosebumps and shocking. Then Chahal, a newcomer to Mumbai Indians, told about that day and alleged that both the players had closed his mouth with tape. Chahal said,

“This is the incident of 2011 when Mumbai Indians won the Champions League. We were in Chennai. He (Symonds) drank too much fruit juice. I don’t know what he was thinking but he and James Franklin tied my hands and feet together and said that you open it now. He was so intoxicated that he tapered my mouth and completely forgot about me during the party.”

Chahal told that he was left alone in the room for the night and then he was released the next day. The leg-spinner said, he left from there. In the morning someone came to clean the room and he saw me. He called the rest of the people and freed me. Chahal had also told that both the players had not even apologized for their actions.

Also read: Wriddhiman Saha-journalist threat case investigation completed, BCCI will pronounce its decision on the matter on this day 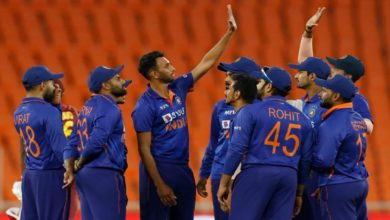 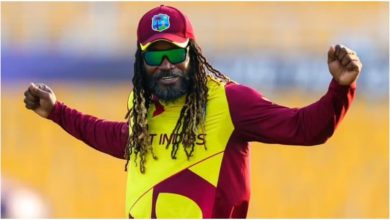 Chris Gayle is returning to make RCB the champion! Said- IPL, I am coming… 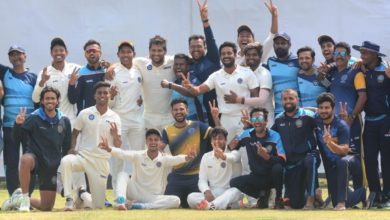 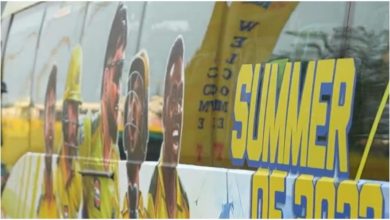