Children who grow up in the family, they start understanding their responsibilities from an early age. In such a situation, nobility comes in him from a young age. The elder brother always has to be wise. He has to take care of his younger siblings.

Being an elder brother in the family is not easy. Along with growing up in the relationship, many big responsibilities have to be fulfilled. Not only about parents but also about siblings Responsibility It is also on their shoulders, so the elder brother is compared to his father. one such Video on social media Discussion is in. After seeing this, you will definitely remember your brother for a moment.

Children who grow up in the family, they start understanding their responsibilities from an early age. In such a situation, nobility comes in him from a young age. The elder brother always has to be wise. He has to take care of his younger siblings. A similar video has surfaced these days. Where an elder brother is lifting his younger sister and getting her to cross the path. After watching this video of brother and sister, you will also say the same thing – only an elder brother can do this work.

If you are a brother, then it is like this… Parents have carved a unique diamond with their sanskars! pic.twitter.com/RTP9Mk6E0f

In the video you can see that all the three brothers are going towards their house by a path but then all three stop at one place on the way because the way is full of water, but the elder brother is carrying one of his brothers on his shoulder. Gets up and leaves across the water..Then his other brother picks up his youngest brother and leaves him on the other side. After watching this video, it can be understood that when small children become elder brothers or sisters, then suddenly there is a sense of responsibility in them.


This video has been shared on Twitter by IPS officer Dipanshu Kabra. Dipanshu said with the video – If you are a brother, then such parents have carved a unique diamond with their values! Which more than one lakh people have seen the news being written and their feedback is being given by commenting. After watching this video, people are making lovely comments on it. One user said that only an elder brother can do this responsible work. While another user wrote, brother, it is so, wonderful!. Apart from this, many other users praised this video in different ways. 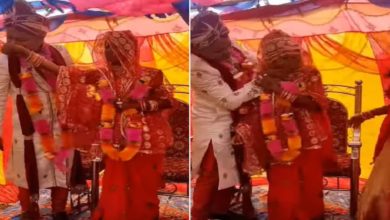 Viral Video: After Jaymala, the groom did such an act, the bride slapped, people said – ’36 qualities of 36 are found in both’ 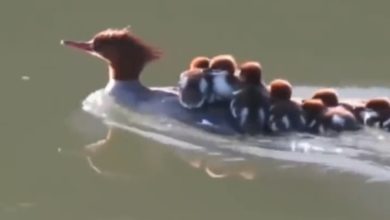 Viral: The duck made the children sit on their back and got them to visit the river, watching the video, people said – mother is mother! 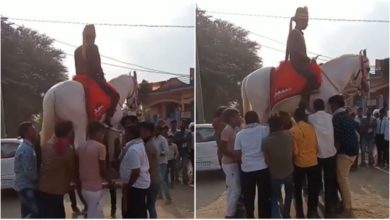 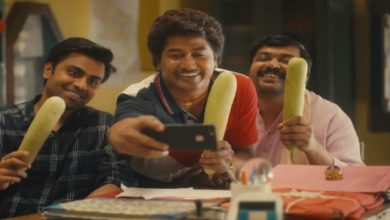 #SelfieWithLauki: Why are people sharing on social media taking photos with gourds in their hands? The reason is very special