Harsh Goenka Viral Tweet: A tweet by industrialist Goenka is making a lot of headlines. Actually, Goenka has shared such a video on the current situation of India, after watching which netizens are saying – you are absolutely right.

Harsh Goenka, chairperson of RPG Enterprises, is one of those industrialists in India who are very active on social media especially Twitter. There is something interesting in each of his posts. Sometimes he is seen praising a young talent, sometimes he wins the hearts of netizens by sharing motivational tips and creative posts. At present, a tweet by industrialist Goenka (Harsh Goenka Tweet) is making a lot of headlines. Actually, goenka has shared such a video on the current situation of India, after watching which netizens are saying – you are absolutely right. So let’s know what is it in this video, which is attracting the attention of people.

In the video shared by industrialist Harsh Goenka on Twitter, an attempt has been made to tell through text how social media has become a means of poisoning the hearts and minds of people. According to the video, if you are a Muslim and suddenly feel unsafe in the country where you have been living for years…if you are a Hindu and suddenly start thinking that cow slaughter is happening all around…if you are Dalit and life You have started feeling humiliated every moment of…if you are a Jain and suddenly you feel that your religiosity is being compromised…then do one thing. Stay away from social media. Stay away from debates on religion. Look at the people of different religions and communities around you. Then you will know that you are living in the best country in the world.

here is the video

Industrialist Goenka has shared a video of 1 minute 10 seconds. In whose caption he wrote with emoji of three Indian flags, The Best. This video, shared a few hours ago, has been viewed more than 2 lakh times so far. At the same time, more than 10 thousand people have liked the post so far. Apart from this, 3 thousand people have also retweeted. Along with this, people are continuously registering their feedback.

While the message in this video is Janhit main Jari, but No people will still dissect this to rotten shreds. Actually the mindset is so that anything positive/good has to be derided and the negatives amplified whether or not you are getting affected is immaterial. https://t.co/Dg43bkmvHM

Undoubtedly a very refreshing video in a long time. https://t.co/6nRkkxrB63

True that. But what if violence is happening in one corner and that corner is unable to protect itself https://t.co/F9wxg1nFtW

One of the best message👍 but unfortunately need to spread on the same social media platform😥#humanity #nationality https://t.co/81XsPPsOfa 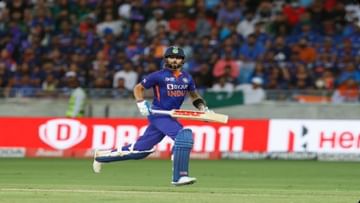 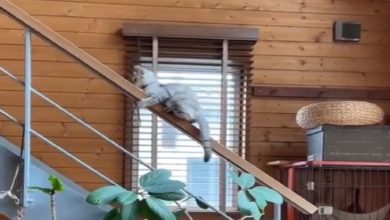 Cat adopted a wonderful way to get down from the ladder, you will laugh and laugh after watching the video 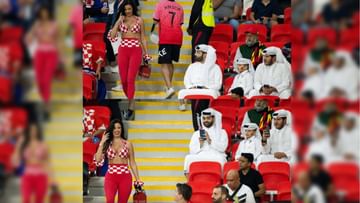 This is how Sheikh saw Ivana .. People said – Everything is banned in Qatar but ‘Men Will Be Men’ 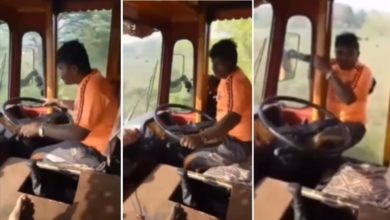 Viral: Internet’s public got angry after seeing half the video, you also see what was in it