India has tightened its grip on South Africa in the first Test match being played in Centurion and Mohammed Shami has played an important role in this.

The Indian cricket team has strengthened its grip against South Africa in the first test match being played in Centurion. India scored 327 runs in their first innings and then bundled out the hosts for just 197 runs in the first innings. Then India ended the day’s play with 16 runs for the loss of one wicket in their second innings and with this they took a 146-run lead over South Africa. Fast bowler Mohammed Shami played an important role in taking India to this position. Shami took five wickets in the first innings and played an important role in quickly wrapping up the hosts. After this performance, everyone is praising Shami. In this the name of the team’s former head coach Ravi Shastri is also included.

Shastri has congratulated and praised Shami on his social media handle. Shastri tweeted in praise of Shami and wrote, “Well done Sultan of Bengal Mohammed Shami. It was fun watching. Biryani. after two days. fruit of hard work. May God protect you.” Shastri had left the post of head coach of Team India after the ICC T20 World Cup this year.

Shami made a record

Shami broke down heavily on the South African batsmen. First, Aiden Makram (13) was dismissed. After this, Keegan Peterson came on his target. Temba Bavuma, who scored a half-century, also became a victim of Shami. Viaan Mulder also went to Shami’s hands. Shami also made Kagiso Rabada his victim and spoiled the condition of South Africa. In this match, Shami bowled five maiden overs in 16 overs and took five wickets in his name. With this, Shami completed his 200 wickets in Tests. He has become the fifth fast bowler for India to take 200 Test wickets. Before him, the names of Kapil Dev, Javagal Srinath, Zaheer Khan, Ishant Sharma are in this list.

With this, Shami has become the bowler to take 200 wickets in the shortest balls for India. He has left behind Ravichandran Ashwin in this matter. Shami completed 200 Test wickets in 9896 balls while off-spinner Ashwin bowled 10,248 balls to take so many wickets. Shami had earlier also achieved the feat of taking five wickets in an innings on the 2018 tour of South Africa.

read this also-IND VS SA: How did Mohammed Shami become a batsman’s era? Do amazing things with the ball on the basis of these 5 qualities

England’s defeat in the Ashes, the veteran player told the reason to IPL, special demand from ECB 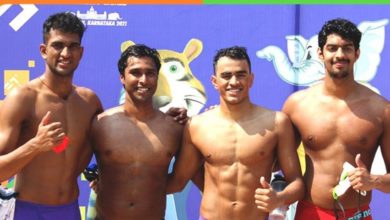 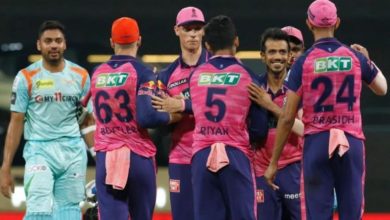