Shardul Thakur is an important bowler of Team India.

Shardul Thakur scored one run in the first innings of the Edgton Test, while in the second innings he was dismissed after scoring only four runs.

India made 229 for seven at lunch on the fourth day of the fifth Test against England to take their total lead to 361 runs. All-rounder till lunch break Ravindra Jadeja (Ravindra Jadeja) 14 and Mohammed Shami was playing after scoring 13 runs. Cheteshwar Pujara contributed 66 and Rishabh Pant contributed 57 runs for India. After Pant’s dismissal, the team expected a big innings from Shardul Thakur, who was a brilliant batsman in Australia, but he could not do so. Matty Ports (Matty Potts) He first injured him and then got out.

Shardul Thakur got injured on the ball of Potts

Shardul Thakur was dismissed after scoring four runs in 26 balls. Before being dismissed in the 70th over, Shardul Thakur was injured on the ball of Potts itself. Potts bowled the fourth ball of the 68th over as a bouncer. Shardul was trying to escape but but the ball did not bounce that much. In such a situation, she hit the helmet of Shardul Thakur. Potts and the England players immediately checked whether Thakur had become more injured. After this, Physio came on the field and he did the concussion test of Thakur. Thakur continued to bat even after this.

Thakur got out on the ball of Potts

After this over, Shardul Thakur was again in front of Matty Potts. This time Potts started the over with a short ball. Earlier, Thakur had let go of all the short balls but this time he decided to play and the ball hit the top edge of the bat and went to fine leg. Crowley standing there took his catch and got the wicket. This star player could score only four runs in 26 balls. Thakur could not do much in the first innings as well. He scored only one run in 12 balls. Then he became a victim of Stokes, on whose ball he was caught by Sam Billings.

Potts has proved to be very successful for England. Matthew Potts was England’s most successful bowler in this series against New Zealand. He took 14 wickets in three matches of the series. The most important thing in these 14 wickets of Potts is that he has dismissed the top-7 batsmen 12 times. He dismissed Kiwi captain Kane Williamson thrice. 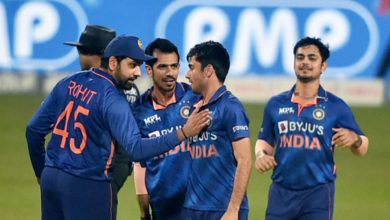 What changed for IND vs SL series, who came and who went, know the big things of Rohit Sharma’s Team India 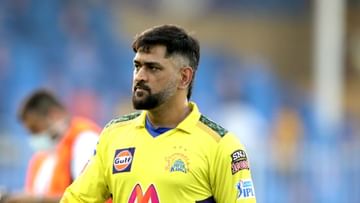 AS Dhoni showed his body in the gym, people were shaken to see the biceps 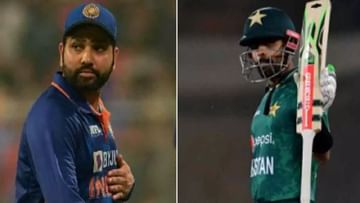 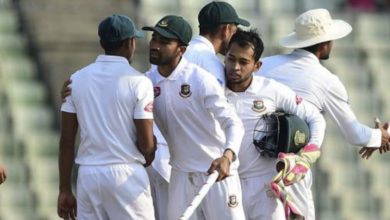