Ind vs Aus 3rd T20I Match Report Today: Along with this, Team India continued its streak of not losing any T20 series this year.

Virat Kohli and Suryakumar Yadav made a century partnership.

Just before the T20 World Cup between India and Australia, an exciting series has come to a tremendous end. In the third and last match of the series, Team India defeated Australia by 6 wickets on the fifth ball of the very last over. With the victory in this match in Hyderabad, India captured the series 2-1 and issued a warning to world champions Australia before the start of the tournament. Apart from the economical bowling of Axar Patel again in Team India’s victory, Suryakumar Yadav’s fireworks and Virat Kohli’s direct innings played an important role.

The target was big but considering the dew falling at the Hyderabad stadium, the batting was expected to be easy. In such a situation, Team India got off the mood to start fast but KL Rahul returned to the pavilion in the first over itself, while captain Rohit Sharma became a victim of Pat Cummins by scoring 2 fours and 1 six. India’s start was neither too quick nor too good. In such a situation, the responsibility came on chase master Virat Kohli and India’s best T20 batsman Suryakumar Yadav.

Kohli tried to increase the pace of runs by putting aggressive shots in the beginning. Then both of their eyes were frozen, then Suryakumar Yadav took the responsibility of the attack and one by one sent every Australian bowler for fours and sixes in every part of the field.

Surya completed an explosive half-century in just 29 balls by hitting Adam Zampa for two consecutive sixes outside the midwicket and long off.

On the last ball of the 14th over, Hazlewood shocked India by taking the wicket of Surya. From here the speed of the runs also decreased and the pressure also started increasing. Kohli completed his half-century in 37 balls. Both took the match till the last over, where 11 runs were needed. Kohli hit a six on the first ball, but got out on the next

To decide the series in Hyderabad, Australia fielded almost the same team which was running from the previous matches. He had to bat first and like the first match in Mohali, young opener Cameron Green once again wreaked havoc. From the very first over, Green started targeting every Indian bowler and made the record for the fastest half-century against India in just 19 balls within 5 overs.

Australia scored 56 runs in just 4 overs and a total of 66 runs in the powerplay. With the fall of Green’s wicket in the fifth over, there was some restraint on the runs. It failed Australia’s middle order and Axar Patel played a big role in it. The left-arm spinner again created trouble for the Australian batsmen with his pace like in the first two matches of the series. This is the reason that despite a fast start, the Australian team could only score 140 runs in 17 overs.

However, once again the poor bowling of the Indian team came to the fore in the last over and in the last three overs, Tim David and Daniel Sams together gave 46 runs. Explosive batsman Tim David, who made his debut in this series, scored his maiden T20 fifty in just 24 balls. David hit tremendous sixes on Bhuvneshwar Kumar and Jasprit Bumrah in the 18th and 19th overs.

IND VS ENG: Joe Root scored a century in the second innings of Edgbaston Test, became No. 1 among Fab-4 batsmen 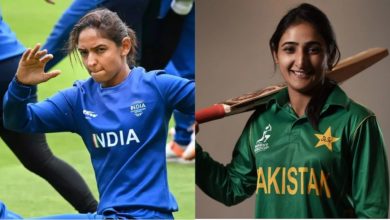 IND Vs PAK Live Update: India came out to answer Pakistan, got the target of 100 runs 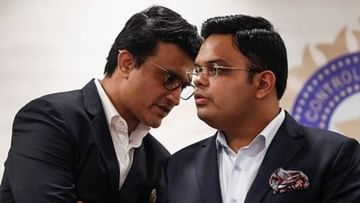 Decision on the fate of Sourav Ganguly and Jay Shah postponed for a week, the Supreme Court gave a new date 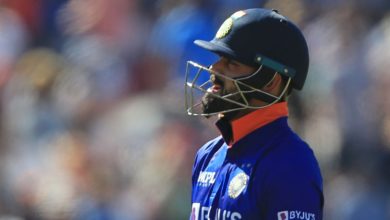 Big news from England on Virat Kohli, difficult to play in first ODI due to injury