In this match held 25 years ago in Nagpur, New Zealand scored a huge score of 348 runs, which was the third highest score in ODI cricket at that time.

This incident which took place at Nagpur’s Vidarbha Cricket Association Stadium had put everyone in a tizzy.

These days Indian Cricket Team New Zealand is on tour for T20 and ODI series. After India’s victory in the T20 series, the ODI series has also started between the two teams, in which the hosts New Zealand won the first match on Friday, 25 November. Coincidentally, this ODI series started at the same time as the ODI series played between the two teams 27 years ago. In 1995, one such ODI series was played between India and New Zealand, whose fifth match was played on 26 November. This match is remembered for the tremendous innings of Nathan Astle, but unfortunately this match also witnessed a painful accident.

Exactly 27 years ago, on Sunday, 26 November 1995, the last match of the five-match ODI series between India and New Zealand was played at the Vidarbha Cricket Association Stadium in Nagpur. In the first part of this match, the storm of New Zealand’s emerging batsman Nathan Astle was seen, but before the start of the second part, a horrific accident happened.

The VCA stadium was then being renovated for the 1996 World Cup, with a new retaining wall built in its east pavilion. A large number of spectators gathered in the stadium for the match. When the lunch break was going on after the New Zealand innings, the spectators present in the second and third tier were coming out. Meanwhile, this newly built wall collapsed, under whose debris many spectators were trapped.

In this shocking accident, 3 people died instantly, while 6 other spectators breathed their last in the hospital. At the same time, more than 60 spectators were also injured in this incident.

This accident shocked everyone present there, but despite this the organizers did not cancel the match. Even the players were not told about it and India’s innings was started. In fact, the organizers were afraid that in the event of cancellation of the match, a large number of spectators would create ruckus, due to which there would have been a possibility of a bigger untoward incident.

In spite of all this the match was completed and new zealand beat India by a huge margin of 99 runs. The Kiwi team batted first and Nathan Astle scored his first century in ODIs. On the basis of his innings of 114 runs, New Zealand scored 348 runs losing 8 wickets, which was the third highest score in ODI cricket till then. In response to this, the Indian team got piled on just 249 runs within 40 overs. Sachin Tendulkar scored the highest 65 runs for India.

IND vs ENG: Team India got double happiness in Birmingham 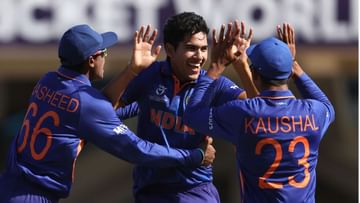 Sanju’s Team India did a clean sweep to New Zealand, Thakur-Bawa got heavy 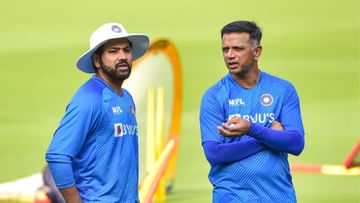 IND vs PAK: From playing XI to Kohli’s return, know the big things about Rohit’s PC 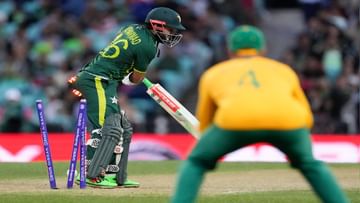 Remove Babar-Rizwan from the opening, Pakistani veteran said – no one is bigger than the country