Australian legend Mitchell Johnson can be banned according to ICC rules for touching former Indian star Yusuf Pathan during the match.

Many times players were seen losing their cool on the field in cricket. He was also banned, but this time he is a former cricketer who lost his cool. The veterans not only lost their cool, but they also got into a scuffle. Most aggressive bowler of his time Mitchell Johnson His attitude did not change even after years of retirement and once again he clashed with another player during the match. Johnson clashed badly with Yusuf Pathan in the live match. Not only this, he also pushed the former Indian cricketer.

This incident took place during the Legends League cricket, where the talk between the two escalated so much that the rest of the team members and the umpires had to come to the rescue. The umpires took Johnson away. Actually, the qualifier match of Legends League cricket was played between Bhilwara Kings and India Capitals in Jodhpur.

When Pathan was batting in the match, then he told Johnson something to him, on which he got angry and things got worse. The video of this incident is becoming quite viral on social media, in which Pathan is seen angrily replying to Johnson and then former Australian bowler Johnson pushed Pathan.

Johnson may be banned

Seeing the matter deteriorating, the umpires came to the rescue and separated the two players. This fight also spoiled the mood of the organizers of the league and the organizers are planning to ban Johnson for one match for touching Pathan as per ICC rules. If this happens, then Johnson will not be able to play the final.

Talking about the match, India Capitals led by Gautam Gambhir won the match by 4 wickets. India qualified for the final by achieving the target of 227 runs. right there now Irfan Pathan Led by Bhilwara will play an eliminator match against Virender Sehwag’s Gujarat Giants. 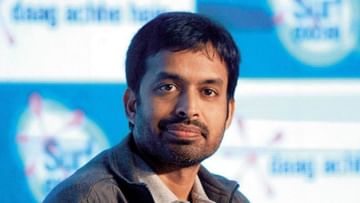 Mortgaged the house, spent nights in the car, then Gopichand became a ‘dictator’ 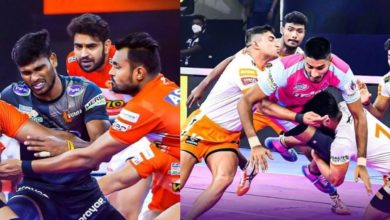 PKL: Puneri Paltan beat Jaipur, Gujarat beat U Mumba to make it to the playoffs 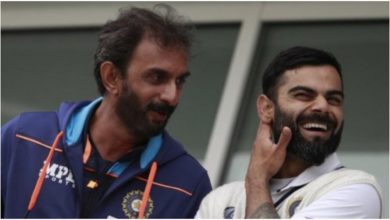