Let us tell you that this time at the IIFA Awards (IIFA), actor and host Manish Paul, known for his hosting and perfect comedy timing, will be hosting with Salman Khan and Ritesh Deshmukh.

International Indian Film Academy Awards to be held in Abu DhabiIIFAAn important and interesting update has come out regarding the 22nd season of ). All preparations have been made for the start of IIFA. This year will be the 22nd edition of IIFA. This event is being organized on Yas Island in Abu Dhabi. It is being organized in Abu Dhabi next month i.e. on June 2, June 3, and June 4. Like every time, this time too many famous faces will attend the IIFA Awards. At the same time, this time, Bollywood actor and everyone’s favorite Salman Khan is going to host IIFA. Apart from Salman Khan, two more names are included in this list.

Let us tell you that the meaning of IIFA Awards is the glamor of glamor. Actor and host Manish Paul, known for his hosting and perfect comedy timing, will be hosting with Salman Khan. At the same time, actor Riteish Deshmukh will also be seen hosting this award show. As everyone knows that Maniesh Paul rules the hearts of people with his hosting. But, this time it is going to be very interesting to see how their jugalbandi will sit with Salman Khan and Riteish Deshmukh.

At the same time, apart from this, Farah Khan will host the IIFA Rocks event to be held on June 3. Apart from Farah, Ayushmann Khurrana’s brother Aparikshit Khurana will be seen with him as a host. With this, the audience is going to see tremendous entertainment at this time’s IIFA Awards.

These stars of the music industry will show amazing

Talking about the performance during the award function, this time many favorite faces of the audience will be seen spreading their flames at IIFA. In this, along with Devi Shri Prasad, Honey Singh, Zara S Khan, Tanishk Bagchi, Dhvani Bhanushali, Guru Randhawa, Neha Kakkar is also going to make people crazy with their explosive performance.

These Bollywood celebs will perform

Apart from these, if we talk about Bollywood celebs, then Shahid Kapoor, Tiger Shroff, Kartik Aaryan, Sara Ali Khan, Ananya Pandey, Divya Khosla Kumar and Nora Fatehi will set the stage on fire. Ever since the list of the names of these celebs came out, there has been a stir among the fans regarding the IIFA Awards. Also, fans and viewers are getting desperate to see the performance of their favorite celebrities.

Kartik Aaryan is excited about IIFA

Meanwhile, when talking to the very excited actor Karthik Aryan about his performance about IIFA, his reaction was worth watching. The actor said that as always, IIFA is going to give us a tinge of entertainment. Also, he is getting another chance to entertain his fans so that he will be able to make a connection with the fans through his performance.

Got a chance again after 2018 – Karthik Aryan

Further, the actor said that I had previously performed during IIFA in the year 2018 along with hosting. After this, now after a long wait of four years, once again she is very eager to show herself on the stage of IIFA.


These stars will come as guests

Due to the Corona epidemic, the IIFA Awards ceremony could not be held for the last 2 years. This time it is going to be organized again after a long time. Let us tell you that this time Mithun Chakraborty, Boney Kapoor, Madhuri Dixit, Lara Dutta, Tamannaah Bhatia, Nargis Fakri, Arjun Rampal, Bobby Deol, Urvashi Rautela, Sanya Malhotra will be seen as guests on the stage. 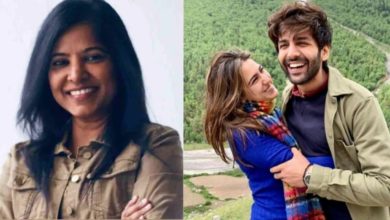 Top 5: Tighten the screws on the director of Kali film, Karan Johar revealed about Sara-Karthik’s relationship? 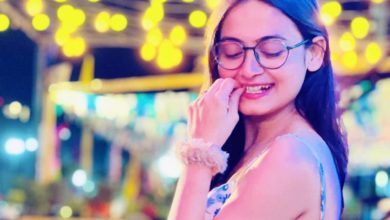 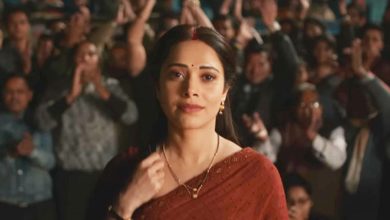