This terrifying fight video of dog and snake has been shared on social media platform Twitter with ID named Vicious Videos. This video of just 17 seconds has been viewed more than 15 thousand times so far.

Have you seen such a terrible fight between a dog and a snake?

dogs The most domesticated animals in the world are considered to be very intelligent and the most loyal animals in the world, who are ready to do anything for their owners or caretakers. You must have seen that dogs are often engaged in guarding the house and do not allow any flame to come to the house. if anyone unknown creatures If he tries to enter the house (even if it is dangerous) or is seen around, then they ‘raise the cot’ for him. He doesn’t take a sigh of relief until he drives him away. social media But nowadays one video viral It is happening, which is going to give goosebumps.

Actually, in this video a pet dog collides with a giant snake entering inside the house. He barks a lot at the snake and tries to scare it, but the snake also fearlessly sits there spreading its hood. During this, as soon as the dog barks a little closer to him, he attacks him. Then there is a lot of conflict between the two.

However, ultimately the dog seems to be overpowered in this fight. He injures the snake by scratching it with his sharp and sharp teeth, after which the snake falls to the ground after being completely motionless. By the way, it has not been shown further in the video whether the snake is able to run away from there again, but after seeing this terrible fight, it is definitely known that the dog has won in this.

Watch the video of dog and snake fight:

This terrifying fight video of dog and snake has been shared on social media platform Twitter with ID named Vicious Videos. This video of just 17 seconds has been viewed more than 15 thousand times so far, while hundreds of people have also liked the video. At the same time, people have given different types of reactions after watching the video. Somebody wrote that he was a dangerous snake, some wrote that he died!’. 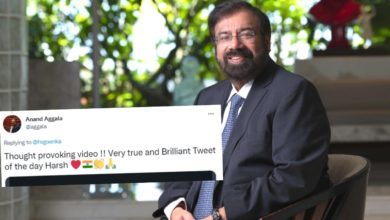 Industrialist Harsh Goenka shared such a video on the condition of India, seeing the public said – Sirji is absolutely right! 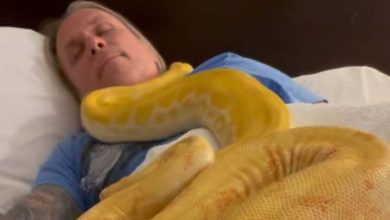 Viral Video: A man was seen sleeping like this with two giant pythons, people screamed after watching the video 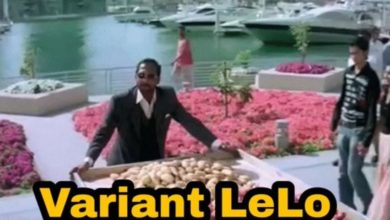 In the midst of the knock of XE Variant of Corona in the country, a flood of funny memes came on Twitter, people are enjoying like this 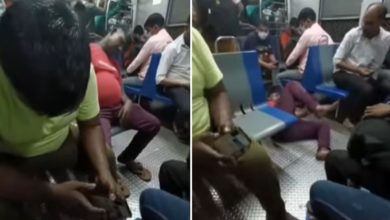 Viral: Watch this video for those sleeping in the train unawares, see what happened to this person