This video of a rabbit showing swimming talent has been shared on Twitter with an account named Buitengebieden. The user has given the caption expressing surprise, ‘The rabbit can also swim.’

Have you ever seen a rabbit swimming?

You rabbit You must have seen him jumping and making a lot of noise, but have you ever seen him swimming? If you haven’t seen it, take a look now. Many people were unaware that even animals like rabbits swimming Can show talent. But viral clip People were astonished to see him swimming swiftly. This video is rocking the internet. The video has over 2.7 million views. At the same time, people are also sharing it fiercely.

In the video going viral, you can see a rabbit sitting on the bank of the river. But he does not know what is going on in his mind and without thinking anything, he gets into deep water. Now you must be thinking that this poor person will drown. But you were also stunned to see what you get to see in the very next moment. This rabbit turned out to be a big swimmer. In the video, she can be seen swimming fearlessly.

The video of a swimming rabbit has been shared on Twitter with an account named Buitengebieden. The user has given the caption expressing surprise, ‘The rabbit can also swim.’ This clip of just 17 seconds is creating panic on the internet. This video uploaded a day ago has more than 27 lakh views so far, while more than 1 lakh people have liked it. At the same time, after watching the video, hundreds of people have registered their reactions.

Omg how? I didn’t know that rabbits can swim https://t.co/PouNVHgd6O

The best part of this is the fact that it would appear that its for pleasure. Just a lil cool down dip.#tuesdayvibe https://t.co/Ap2V9qt96b

Its proven fact any living creature can swim ️, because their genesis starts in liquid only in womb you see, child in mothers womb in liquid naturally floats https://t.co/KVQpfXwuyI


Similarly, people are constantly commenting on the video. However, many users believe that almost all four-legged animals are capable of swimming to some degree. 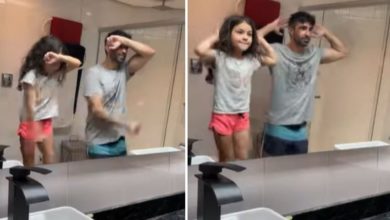 The father-daughter duo did a tremendous dance on the song Kacha Badam, watching the video, the public said – Awesome 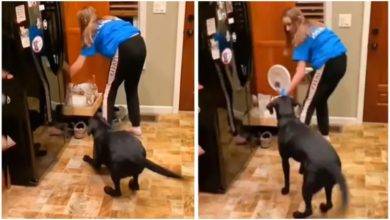 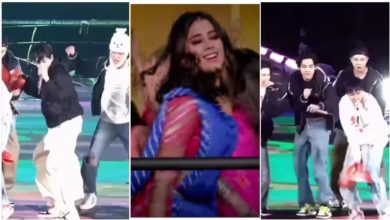 Viral: BTS band did a great dance on the song Zingaat, watching the video will make your day 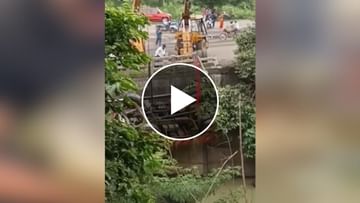 The truck was drowned in the river, while taking out the crane also got trapped under the water, watch the creepy video