There has been a flood of birthday wishes to Rohit Sharma, who is called the ‘Hitman’ of cricket on social media. People are celebrating Rohit’s birthday in their own style.

Known as ‘Hitman’ in the cricket world Rohit Sharma ,Rohit Sharma)’s birthday is today. He turned 35. His journey from off-spinner to the most dangerous batsman in the world has been spectacular. It is not everyone’s business to break the records that he has made in his international career of 15 years. Rohit is the only batsman in the world who has scored three double centuries in ODI cricket and has scored such a mountain of runs in a match that hardly any batsman can succeed in reaching that score. He scored a record 264 runs against Sri Lanka in the year 2014 at the Eden Gardens ground in Kolkata. Not only batting but also in the matter of captaincy, Rohit has been very successful. Under his leadership Mumbai Indians (Mumbai Indians) IPL 5 times (IPL) has won the title.

There has been a flood of people wishing Rohit Sharma a birthday on social media. People are celebrating Rohit’s birthday in their own style. Someone is saying that whenever Rohit Sharma is on strike, his TV is always on, while someone has described him as the ‘master’ of pull shots. Let’s take a look at some great tweets…

Wishing A Very Happy Prosperous Birthday To The World’s Greatest Opener (@ImRo45 ), U Made Whole India Very Proud So Many Times By Ur Outstanding Batting and Brilliant Captaincy. All the best For Future, God Bless You Ro ️!!#RohitSharma #IPL2022 #HappyBirthdayRohit #IPL pic.twitter.com/BPPNN9wq06

If the world is against you i am against the world ! @ImRo45#HappyBirthdayRohithttps://t.co/QtTiTmMvgT pic.twitter.com/EkLEZQzz0y

Wishing a Happy Birthday to Indian Skipper @ImRo45 thanks for giving uncountless memories, thanks for making us fall in love with cricket even more after cherishing us with poetry motion of ur batting, always keeps my TV on, when you are on strikes, Rohit.#HappyBirthdayRohit pic.twitter.com/IFg560XCxe

May you continue dominating the field and keep winning matches for the country#HappyBirthdayRohit pic.twitter.com/Wqq5KwBVYK

Rohit Sharma, the master of Pull Shots. One of the greatest ever of world cricket. #HappyBirthdayRohit, pic.twitter.com/FDUXLMKH6f

Maggi trended on Twitter, Zomato became the reason… by sharing funny memes, the public said – ‘We will also make it’ 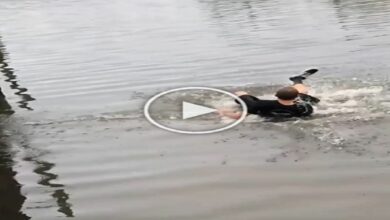 FUNNY: Thinking of a river, the person dived but the game was done, people had a lot of fun watching the video 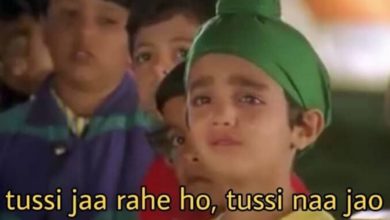 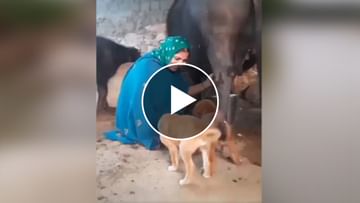 VIDEO: Buffalo milk was given to hungry dogs, this video of woman won hearts