A few days ago, a video of sheep going round and round in China’s Mongolia went viral, which people started considering as a sign of doom. Now a professor at a University in England has claimed that he has discovered the reason behind this strange behavior of sheep.

The secret of sheep going round and round has been revealed

Sometimes some incidents are seen, which force even scientists to think. one such incident China the inner mongolia took place in, whose video social media But it went viral. In this video, many sheep were seen circling together and the most surprising thing was that despite continuous circling, most of these sheep were completely healthy. At first this incident made even the scientists think. Even people started considering it as a ‘sign of doomsday’, but now the secret of this roundabout of sheep has come to know. England A university professor of sheep kinda weird The reason behind the behavior is ascertained.

In fact, in the video that went viral, sheep can be seen going round and round. The special thing in this was that only the herd of sheep living in number 13 enclosure was going round and round. According to reports, this was happening continuously for several days. The sheep were just going on like zombies, not taking the name of stopping. Miao, the owner of the sheep, had told that this strange behavior of hers was first seen only in a few sheep, but gradually her whole herd got involved in it.

Watch this strange video of sheep going round and round

The great sheep mystery! Hundreds of sheep walk in a circle for over 10 days in N China’s Inner Mongolia. The sheep are healthy and the reason for the strange behavior is still a mystery. pic.twitter.com/8Jg7yOPmGK


now of england Hartpury University Matt Bell, professor and director of the Department of Agriculture, has revealed the reason for this strange behavior of sheep. He told Newsweek, ‘It seems that the sheep have been in the pen for a long time, in such a situation, due to being in a confined space, there was a sense of despair inside them. For this reason, he started going round and round again and again. Then seeing them, the rest of the sheep also joined their herd. 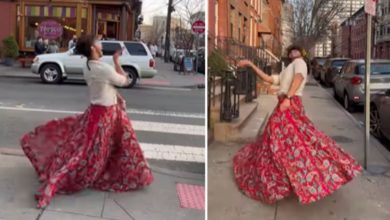 The boy in the skirt danced to Alia Bhatt’s song, watching the video, the public said – what energy is brother 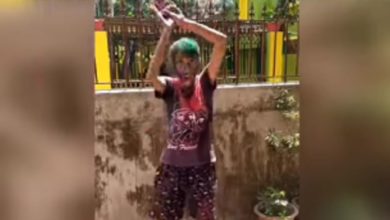 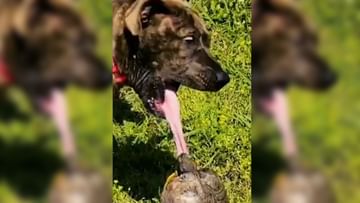 Dog unnecessarily messed with turtle, then got such punishment, poor man moaned in pain 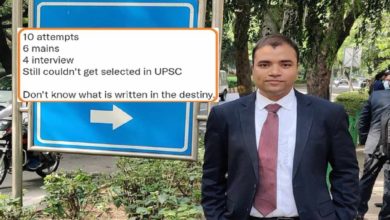