In a clip that has gone viral on social media, some women are seen doing garba on a treadmill. This style of doing his Garba is being liked by the public of social media. However, some people say that doing so can also be dangerous.

A video of a group of women doing Garba dance is being seen a lot on social media these days. Now you must be thinking that what is so new in this video, people who are watching it with great interest. Actually, in the viral clip, women are doing Garba on Treadmill while walking on a treadmill, not in any open ground. This style of doing Garba is being liked by the public of social media and people are enjoying it a lot. This video has been viewed more than 20 lakh times so far. Although, Video After watching, some people say that it can be dangerous, because if the coordination of any one deteriorated, then anything could have happened.

Seeing this video, social media has been covered. It has been shared on Instagram from a page named garba__worldandgujju_._chhokri. The user has written in the caption, definitely watch the video till the end. This video, uploaded on May 6, has been liked by more than 1 lakh people, while the video has more than 2 million views. This number is continuously increasing. At the same time, after watching the video, people are continuously registering their feedback.


After watching the video, while some people have praised the coordination of women, many people say that doing so in the treadmill can prove to be dangerous for them. People say that it is unsafe to walk on the treadmill wearing a skirt, while women are doing garba on it. Commenting on a user, wrote, if the cloth got stuck, then there could have been a big accident.

Viral: A person was having fun with three-three cobra snakes, watching the video, people said – ‘What madness is this’ 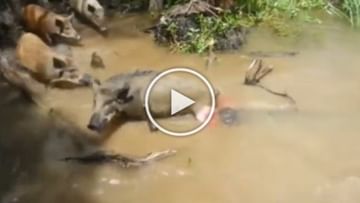 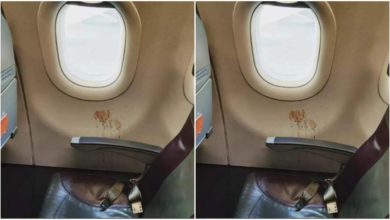 Somebody hit the pan-masala peak on the window of the plane, seeing the picture, people trolled the ‘Jubaan Kesari’ people 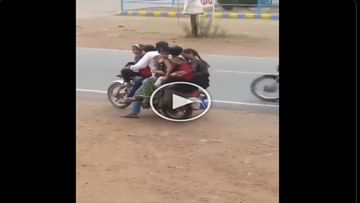 The man made six people sit on the road and ran the bike, watching the video, the IAS officer was left SPEECHLESS