Virat Kohli has not been able to score a century in Tests for two years and it is expected that he will end this drought on the South Africa tour.

Virat Kohli is currently in the discussion due to his statements.

Virat Kohli is currently the subject of discussion in the entire cricket world. The reason is not his batting, but his press conference before going on the tour of South Africa, in which he clearly denied Sourav Ganguly’s point that an attempt was made to stop him before leaving the T20 captaincy. Also, due to the news of dispute between Virat and Rohit Sharma, Virat is also in the headlines. The ODI captaincy has been snatched from Virat and given to Rohit. Former Pakistan leg-spinner Danish Kaneria has said a big thing about Virat Kohli. Kaneria on Thursday said that India’s Test captain Virat Kohli should focus on his game instead of getting into unnecessary controversy.

Talking to news agency IANS from London, Kaneria said, “For two years, Virat has not scored a century. So they need to focus on their game. Speaking against legends like Sourav Ganguly or anyone else will not improve his game. Virat had a problem with Anil Kumble, now he has a problem with Ganguly. Kumble and Ganguly have proved themselves, they are the real heroes of the game. Speaking against Virat Ganguly, who changed Indian cricket and then MS Dhoni took it forward. There is really no need to escalate this controversy now.”

Kaneria is at the fourth position in the list of bowlers who have taken the most Test wickets for Pakistan. He told IANS in an exclusive interview, “Virat is struggling to score runs in Tests and T20Is and as a captain he hasn’t won any ICC trophy, so everything is going against him. So I don’t think they are going to get any benefit by taking the controversy further.”

The former leg-spinner said, “As far as Rohit Sharma is concerned, he is a brilliant player, he has won five IPL trophies. He is an excellent captain. His camaraderie with Rahul Dravid is amazing. I don’t think Virat Kohli will have a good relationship with Dravid for a long time. Virat also had a problem with Anil Kumble. Both Kumble and Dravid come from South India and have a big place in cricket. I played against both of them and I know what kind of player they have been.”

Kaneria, a veteran of 61 Tests, said that India has good cricketers. Rohit Sharma, KL Rahul, Rituraj Gaikwad, Mayank Agarwal and even Priyank Panchal are doing well. India have backup players for each location. If players like Rishabh Pant don’t do well, then KS Bharat and Wriddhiman Saha are ready. “So if someone is satisfied and confident about their position in the team despite not doing well in the middle, then they have to think twice,” Kaneria said.

Said this on the comparison of IPL-PSL

On comparing the Pakistan Super League and the Indian Premier League, Kaneria immediately replied that both are different leagues. He said, “Being a very big league, IPL is providing a lot of talent to Indian cricket and it is getting better and better with every passing season whereas PSL is hardly doing anything for Pakistan cricket. Is. If a player performs well in the PSL, the unprofessional attitude of Pakistan’s cricket board reduces his chances of getting into the national team.

It was difficult in front of these Indians

The leg-spinner admitted that he faced difficulties while bowling against Indian batsmen like Dravid, VVS Laxman and explosive opener Virender Sehwag. Kaneria, who is using the social platform Ku, said, “Dravid and Laxman were technically strong, while Sehwag had the ability to destroy any bowler’s confidence. It was very difficult for him to bowl.” 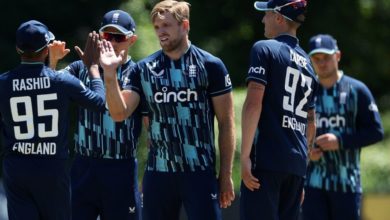 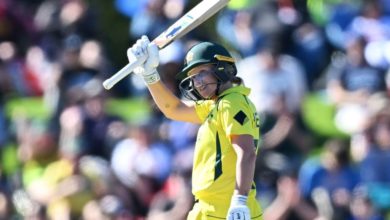 Alyssa Healy herself could not believe in her innings, said- I did not even dream of doing something like this 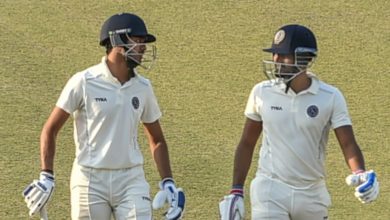 Ranji Trophy: Jharkhand beat Nagaland, made it to the last-8, this batsman scored a century after keeping 203 overs