Modi government will increase the amount of pension to 9000 rupees

According to the news coming in the media, some decision can be taken in this regard by next month. And it is expected that the minimum monthly pension in the pension scheme can be increased according to the demand of all government employees. A meeting of the Labor Ministry will be held next month in which a decision can be taken regarding this issue. At the same time, it is also being told that this time the idea of ​​bringing a new code will also be considered. The main agenda of this meeting to be held in February is the Employees’ Pension Scheme. (EPFO Pension Scheme ) to increase the minimum pension. Which will be discussed and then a decision will be taken on this issue.

read this also: Atal Pension Yojana: Husband and wife will get 5000-5000 rupees every month, get double benefit

Know who will get benefit from EPFO ​​Pension Scheme

Let us tell you that the subscribers of Pension Scheme (EPS) will benefit in this. That is, whoever are government employees who are registered in the Employees’ Provident Fund Organization, they will get the benefit of this. Let us inform that for a long time, ex-employees of pensioners have been demanding to increase the minimum monthly pension (EPFO Pension Scheme). Discussions and meetings have already been held in the Ministry of Labor regarding this. Apart from this, the Standing Committee of Parliament has also put forth some suggestions in this regard. It is being speculated that the decision to be taken in this regard may be finalized in the meeting to be held in February.

How much will be the pension EPFO ​​Pension Scheme

According to the news coming in the media, there has been a demand by the central trade unions to increase the existing minimum pension. The trade union has asked to increase the minimum monthly pension from Rs 1000 to Rs 9000 per month. Whereas Central Board of Trustees or CBT The minimum pension amount can be increased up to Rs.6000. Let us tell you that another controversial issue will also be discussed in the meeting. This issue is the issue of investing EPFO ​​money in private corporate bonds. Apart from this, what should be the interest rate of the pension fund in the year 2021-2022, this issue will also be discussed and decided.

Let us know in brief about the Employees’ Pension Scheme.

The Employees’ Pension Scheme (EPFO Pension Scheme) was started in the year 1955. Under this scheme, the employees working in the organized sector get pension at the age of 58 years. The benefit of this scheme will be available only to those people who have been working for at least 10 years. Employees have to pay 12 percent of their salary in EPF. Along with this, the company also has to contribute the same amount i.e. 12 percent. Let us tell you that a part given by the company is also deposited in eps.

read this also: Now workers will also get pension! 36000 pension can be deposited in this government scheme by depositing 2 rupees 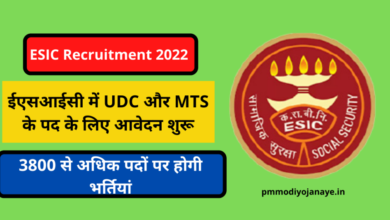 ESIC Recruitment 2022: Application started on more than 3800 posts of UDC and MTS Now workers will also get pension! 36000 pension can be deposited by depositing 2 rupees in this government scheme 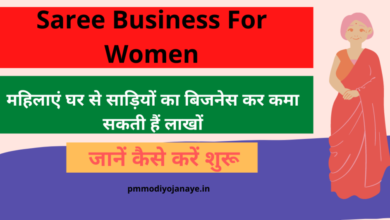 Saree Business For Women: Women can earn lakhs by doing business of sarees from home, know how to start