CCTV footage of a hospital in Argentina has become a topic of discussion on social media for a very creepy reason. In this, the guard is seen talking to someone who is not visible.

Is there really such a thing as a ghost? Have you ever felt anything like this? Today we are talking to you because Argentina of a hospital in cctv footage Due to a very creepy reason, it has become a topic of discussion on social media. In this, a guard is seen talking to someone who is not visible. ,ghost patientin the name of Video It is becoming increasingly viral on different platforms of social media. This 38-second clip has shaken the internet public.

The incident took place at 3.26 am in the private care center Finochiato Sanatorium located in Buenos Aires, which was captured in the CCTV camera installed in the building. At the beginning of the 38-second clip shared on Reddit, a guard is seen sitting on a chair at the counter. Then the door of the hospital opens. But none of that seems to be coming. But it looks like from the video, as if the guard is able to see him. He immediately gets up from his seat. Then picking up the clipboard kept on the desk, moves towards the ‘invisible person’. It can be seen in the viral footage that after talking for some time, the guard removes the line divider to let him inside. Now people are stunned after seeing this video. Because, the person to whom the guard is talking in the footage is not visible.

According to the report published in the Daily Star, a day ago a patient had died in this care center in Argentina. People are now seeing this incident in connection with this. At the same time, the spokesperson of the care center says that the door was faulty and kept opening many times throughout the night. However, the spokesperson has also said that the guard was seen writing something on the clipboard paper, but no one’s name was registered in the register.


At the same time, after watching the video, some Reddit users say that it can also be a prank. A user has written, there is a really strange incident here. At the same time, another user says that it is difficult to understand the gesture of the guard. May be he is joking. Another user says, I am stunned to see this footage. To whom was he showing the wheelchair? 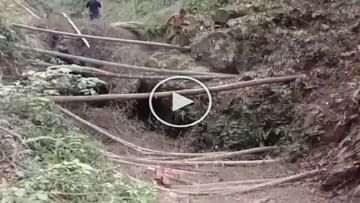 Viral Video: It is called working smartly, watching the video you will also say- ‘Wow…this is right’ 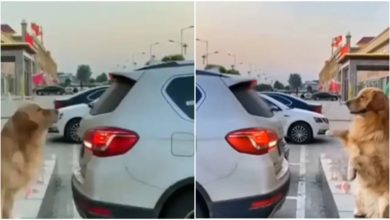 Doggy got the car parked in a wonderful way, watching the video, people said – even ‘friends’ do not get it done like this! 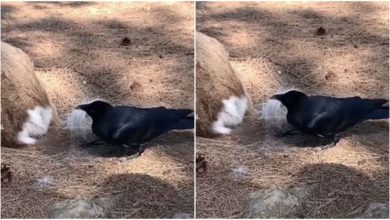 Viral: The crow cleverly stole the fur of the deer to build the nest, the video will leave you stunned 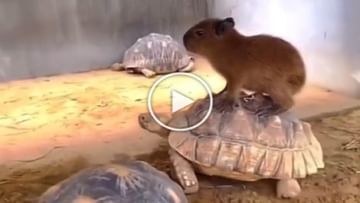 Viral Video: Rat rides a turtle, ever seen such a ‘car’ with four wheels?