Nowadays a video is going viral on social media, seeing which everyone is surprised. In this video, a woman is doing sit-ups in front of an ATM-like machine and when she does sit-ups 20 times, she gets a ticket to travel by bus for free from the machine.

Daily excercise Doing this is very important for health. This keeps the body healthy and also reduces the risk of various diseases. It is generally seen that people who do not do exercise etc., fall prey to various diseases even before aging, but those who exercise daily, their body remains healthy and they do not get sick. also falls short. Well, it has become a matter of exercise and health, but just think that if you get a free ticket to travel in the bus with a few seconds of exercise? Yes, social media but nowadays one video viral Everyone is surprised to see what is happening.

Actually, in this video, a woman is doing sit-ups in front of an ATM-like machine and when she does sit-ups 20 times, she gets a ticket from the machine, using which she can travel on the bus for free. Is. Usually, some people do not do anything to travel for free in the bus, but here if you can easily get a ticket by just doing a few sit-ups, then who will let this opportunity pass by. It is being told that this video is from Romania, where people are being given this great offer. With this, the government is trying to kill two birds with one stone. One is that people should use public transport and the other is that it will improve the health of the people.

Although this video is a bit old, which has been shared on the social media platform Instagram on October 8, but people are still commenting on it indiscriminately. So far this video has been viewed more than 4 million i.e. 40 lakh times, while more than 3 lakh people have also liked the video.

At the same time, people are also giving different reactions after watching the video. Users are saying that this is a genius idea, but it is not that good either. What if you are disabled, a dwarf, a senior or have a hip injury?’. Similarly, some users are asking whether there is a similar scheme for airport tickets as well? 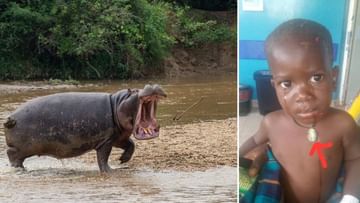 Hungry hippo swallows 2-year-old child, then spits him out alive after some time 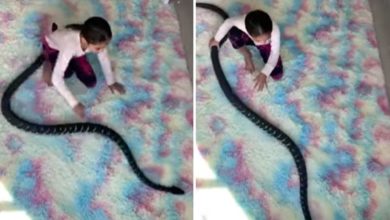 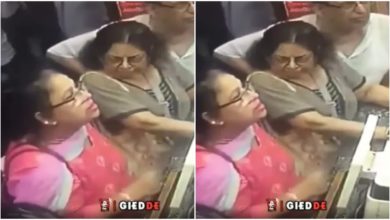 SHOCKING! Viciously, a woman thief crossed a purse full of notes in the shop, people were surprised to see the video 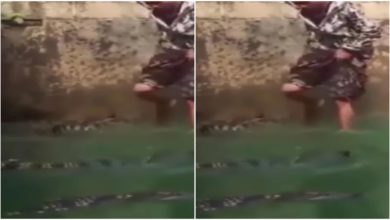 The man jumped into a pond full of crocodiles, then seeing what happened, people said – he is a player of dangers