Even today, the women of India still carry a pot filled with water on their heads. During this, their balance is worth watching. You can ask any footballer how difficult it is to strike this balance.

this time even in qatar fifa world cup 2022 is being organized, but its color has spread all over the world. In more than one way, the fans are showing their enthusiasm for this World Cup. Whether the general public, the politicians and the actors, everyone has become a FIFA football lover and the handle But more than one pictures and videos are being shared. same picture Shashi Tharoor Has shared it on his Twitter handle.

As we know that even today the women of India carry a pot filled with water on their heads. During this, their balance is worth watching. You can ask any footballer how difficult it is to strike this balance because balance is equally important in this game. Now look at this picture itself, where a woman is balancing five handis on her head, while another Messi is seen balancing a football on his head.

Hats (& any other headgear) off to the intrepid Indian woman! pic.twitter.com/PaNNSI1zg6

In the picture going viral, you can see that on one side is footballer Messi, while on the other side a woman is seen. Five pots are placed on his head. While Messi is balancing only on his football, the woman is seen balancing five mats on her only.


Till the time of writing this news, more than eight thousand people have liked this picture. Commenting on the picture, a user wrote, ‘Really Desi Aunty’s balance is even better than world class Messi.’ On the other hand, another user wrote, ‘This woman could have become a great footballer if she had got a chance.’ Another user commented on the picture and wrote, ‘All will go ahead and will be stuck in 2005 only.’ Actually this picture is from that time. On which people are having fun. Apart from this, many other users have given their feedback on this by commenting. 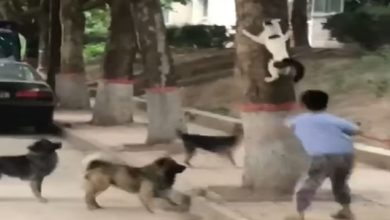 Dogs made the cat’s condition worse, climbed the tree out of fear, see VIDEO 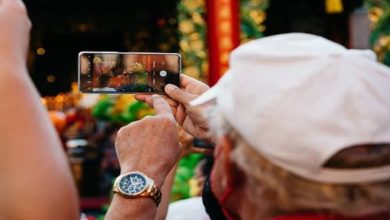 ‘Lipstick King’ showed ‘Ice Cream Tank’ in the show, China blocked Live Video in the middle, know what is the whole matter 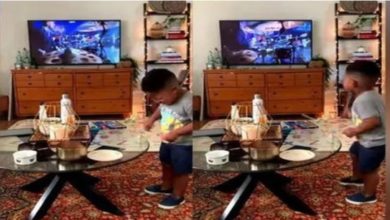 Viral: After watching TV, the child played like a professional drum player, people watching the drum video – ‘Wow… what a talent’ 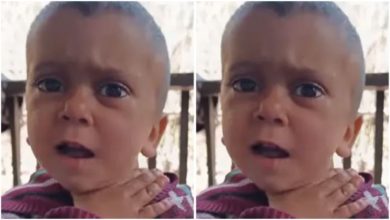 Little ‘Pushparaj’, a shadow in the world of internet, said in a funny way – I will not bow down ..watch video