Commonwealth Games 2022 Winner List: In these games, Indian players are presenting a tough competition on this day.

Commonwealth Games In India, the day on Thursday seems to be proving to be good so far. India’s medal hope Male boxer Amit Panghal has confirmed a medal in these Games. Amit assured the medal as soon as he made the semi-finals in the men’s 51 kg weight category. India’s star sprinter Hima Das finished first in the 200m event with a timing of 23.42s in her heat to qualify for the semi-finals.

Hima (22 years) was leading the five female runners from the start in the heats, with Zambia’s Roda Njobwu finishing second in 23.85s while Uganda’s Jascent Nyamahunge clocked 24.07s to finish third. In the women’s 200m race, the top 16 from six heats will qualify for the semi-finals. Hima won Heat 2 but Nigeria’s Favre Ofili (22.71 s) in Heat 1 and Elaine Thompson Hera (22.80 s) in Heat 5 took a much better time than her. At least six players had a better time than Hima who reached the semi-finals.

Sindhu, the silver medalist of the previous stage in singles, did not sweat a bit in the bout while Fatima was facing a lot of difficulties. In the first game, Sindhu put down a Maldivian opponent without being aggressive in which she used drop shots to score points. Because the Indian player had given the points through simple mistakes, but then Sindhu took an 11-9 lead till the break. After this, he made a place in the last 16 by collecting points comfortably while the opponent could score only two points.

India pair had to face defeat in mixed doubles. In the round of 32, the pair of Ashwini Ponnappa Sumeeth Reddy lost to the England pair. He lost this match 18-21, 16-21. Kidambi Srikanth, however, has been successful in getting the win. In the Round of 32, he defeated Daniel of Uganda 21-8, 21-9 to advance to the next round with a straight game win

Amit defeated Lenin Mulligan of Scotland 5-0 in the quarter-finals to reach the semi-finals. Patrick will be in front of them in the semi-finals and Amit will want to win this match to ensure gold reaching the finals. Last time Amit won silver medal in Commonwealth Games played in Gold Coast and now he is trying to make the color of this medal gold.

India did well in Para Games

However, there has been disappointment in table tennis. India’s Sanil Shetty and Reeth Tennyson crashed out of the mixed doubles table tennis event of the Commonwealth Games here on Thursday. The Indian pair lost to Malaysia’s Wong Ki Shen and Ti Jin 6-11 10-12 13-11 11-8 8-11 in their round of 64 match. Shetty and Tennyson bounced back after losing the first two games and won the next two games to take the match into the decider. But they lost 8-11 in the deciding game, leaving the Indian pair out of the competition. 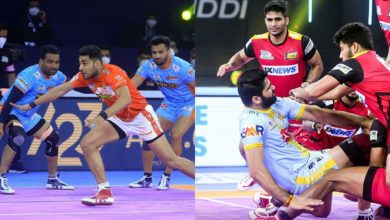 PKL: Defending champion Bengal Warriors defeated by 9 points, UP Yoddha did not even win 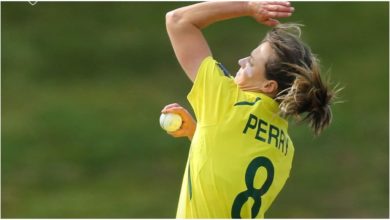 ENG vs NZ: Shane Warne seen advertising hair in the middle of the match, broadcasters on the backfoot after being reprimanded 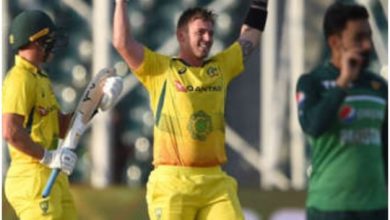 Ban McDermott did a great job by scoring a century against Pakistan, became the 1000th man to do so