‘Jayeshbhai Jordaar’ also stars ‘Arjun Reddy’ fame Shalini Pandey, who is making her Bollywood debut with Ranveer. The film is directed by debutant Divyang Thakkar and is releasing on May 13.

Ranveer Singh (Ranveer Singh) Upcoming movie of Jayeshbhai Jordaar ,Jayeshbhai Jordaar, This film has come into controversies regarding the scene of. Fetal sex test in trailer (Fetal Sex Test) The Delhi High Court has made an important comment on this regarding the scene of. The High Court says that such a scene cannot be shown without any disclaimer. Recently a petition was filed in this matter, taking action on which the High Court has now given this statement.

Can’t show such scenes without disclaimer

The court made these observations while hearing a petition filed against a scene in the trailer of Ranveer Singh starrer ‘Jayeshbhai Jordaar’, which shows the use of ultrasound technology for sex selection. After watching the trailer, a bench of Acting Chief Justice Vipin Sanghi and Justice Navin Chawla said, “Nothing is shown in the trailer that the woman is secretly taken to the doctor… This is that any pregnant woman can be taken to the center regularly by sonography machine and this can be done without any fetters.”

In the petition filed through the petitioner ‘Youth Against Crime’, advocate Pawan Prakash Pathak, an NGO said, “The ultrasound clinic scene where the technology of ultrasound for sex selection without censor is being openly advertised and PC And as per Sections 3, 3A, 3B, 4, 6 and 22 of the PNDT Act, this is not allowed and therefore an urgent PIL has been filed.”

Though the film is meant to promote the slogan “Save Girl Child” and is against female feticide, the film’s trailer advertises the use of ultrasound technology, according to the petitioner.

During the hearing, the counsel for the producers of the film argued that the trailer contained a disclaimer. In response, the bench observed that the disclaimer is barely visible or legible, and further ordered the counsel to take directions. He said, “Unless we see for ourselves and are not satisfied, we are not going to allow it. Whether you ask for instructions or something, we have to stop it.” The judges asked the producer to show the part of the film on which the controversy took place.


This film is going to release on May 13

Further, the lawyer said that he would produce the entire film and take the judges to the relevant part. The hearing will continue tomorrow as well. Produced by Maneesh Sharma, a satire satire story on society, ‘Jayeshbhai Jordaar’ also stars ‘Arjun Reddy’ fame Shalini Pandey, who is making her Bollywood debut with Ranveer. The film is directed by debutant Divyang Thakkar and is releasing on May 13. 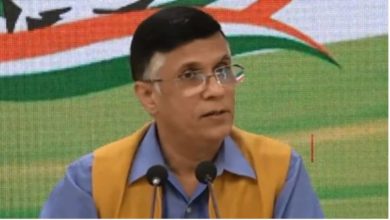 Samrat Prithviraj: ‘For me both Akshay Kumar and Akbar belong to this country’, Congress leader Pawan Khera replied to the woman journalist 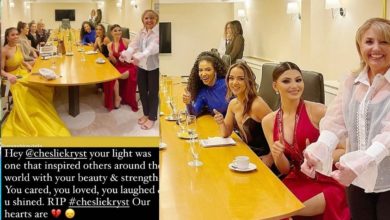 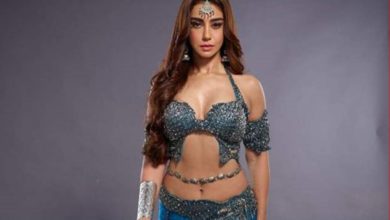 Tv9 Exclusive Interview: Before Tejashwi Prakash, Mehak Chahal was decided to be a serpent, revealed about his character

Natacha Karam of ‘9-1-1: Lone Star’ on the Process of Doing Better