Apple held its annual developer conference recently. In this, the veteran tech company introduced many new products and software including iOS 16. Here we are telling you six features of Android, which will also be available on iOS 16.

Famous tech company Apple held its annual developer conference (WWDC 2022) has made many big announcements. One of the biggest steps is the arrival of iOS 16, the new operating system of the iPhone. in latest operating system Apple Users get many new features. This includes lock screen wallpapers, real-time notifications on the lock screen, image cut-out and many more features. However, iOS 16 also includes many such features, which Android users have been using for a long time. Let’s know about those 6 features of Apple’s iOS 16, which are already present on Android.

If seen, Live Caption is the biggest feature of iOS 16, which is taken from Android. Now Apple users will also be able to take real-time transcription of audio, video and conversation through Live Caption. This feature is just like Google’s Live Caption which was released in 2019. Apple has also announced that this feature will also work on FaceTime calls.

The Lock Screen Widget is another great feature of the new iPhone operating system. This feature has also been taken from Android, which first came in Android 4.2 in 2012. Apple users can now view important information like weather, events, time zone and alarms even when the screen is locked. You can also have multiple lock screens associated with different focus profiles.

Google Photos has been providing the service of sharing photo albums for a long time. Even to whom you are sending the album, he can also add his photo to that album. Apple users will also now be able to take advantage of this feature. With the help of this feature, users can share iCloud’s photo library with up to five people and can also add their own photos.

iPhone users can now translate text written in photos. The feature to translate the text of photos is also present on Android for a long time. However, users will have to take a photo first and then translate through the translate app. At the same time, in the Google Translate app, Android users focus the camera directly on the text and the translation is done.

Windows resize feature is not of iOS 16 but this feature is available in iPad OS 16. This feature of iPad is exactly like the feature found in Samsung’s tablet. Samsung has been giving the facility to increase or decrease the size of Windows on its tablets since a long time. Apple tablet users will also be able to enlarge Windows through this feature.

Apple has announced the permission to undo emails on the Mail app. If users email to a wrong user, they can now undo the sent email. Google brought this feature of Gmail as an experiment in 2009. This feature is also available on Android’s Gmail app. Apart from this, Apple users can also schedule emails.

WhatsApp is bringing amazing feature, it will be beneficial for the users 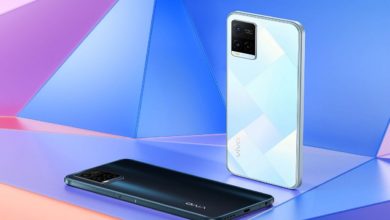 What is computer worm which is more dangerous than virus, know how it reaches the system

Dyson V8 Review: Dyson vacuum is attractive looking and easy to use, but how much is it wise to buy?