To promote solar module manufacturing, it is being brought under the purview of the PLI scheme. An additional fund of 19500 crores has been announced.

Announcement of additional fund of 19500 crores.

Budget (Union Budget 2022Presenting ) Finance Minister Nirmala Sitharaman (Nirmala Sitharaman) Solar Module Manufacturing (Solar ModuleIt has been announced to bring it under the purview of the PLI scheme. The Finance Minister announced a production linked incentive scheme for domestic solar cell and module manufacturing.PLI SchemeIt is proposed to increase the allocation amount from Rs.4500 crore to Rs.24,000 crore. Presenting the budget for the financial year 2022-23 in Parliament on Tuesday, Sitharaman said, “An additional allocation of Rs 19,500 crore will be made under the Production Linked Incentive (PLI) scheme for manufacturing of high-efficiency solar modules.” ‘

He said, “This proposal has been made in view of meeting the ambitious target of solar capacity of 280,000 MW by the year 2030.” The allocation of Rs 4500 crore was approved under the PLI. The Finance Minister said that this scheme has so much potential that it can generate additional production of 30 lakh crores in the next five years. Apart from this, 60 lakh people will also get employment.

Charging stations will be built infra

Public transport needs to be promoted

Vibrant Village Program will improve the condition of rural India

Taranpreet Singh, partner, TASS Advisor, said that the Vibrant Village program will greatly benefit the border rural areas. Under this program, the focus has been on the overall development of the border villages. Villages with less population and limited connectivity will be linked to this program. Under this, there will be focus on construction, connectivity, tourism, education and employment. This will lead to all round development of the whole country.

Government’s emphasis has been on digitization

The government has decided to replace the SEZ ie Special Economic Zone Act with a new law. With the help of this, the state governments will become partners. Apart from this, many important measures have been taken to make India a manufacturing hub. This will strengthen the country’s exports as well as help Make in India.

In order to win the confidence of the taxpayers, some important changes have been made in the tax provision in the budget. Giving relief in the rules of tax return, the government has given an opportunity to file updated ITR for 2 years. Announcing this relief, the government said that this step will reduce the running of taxpayers and will also reduce the cases of legal disputes. According to the announcement, if a taxpayer forgets to give some information in his ITR or if any information is left out, then he can rectify it in the next 2 years.

read this also, Budget 2022: Confusion on cryptocurrencies, did the government impose tax? Know the full story

Budget 2022: What should the stock market and mutual fund investors do in the budget week? Know their main demand 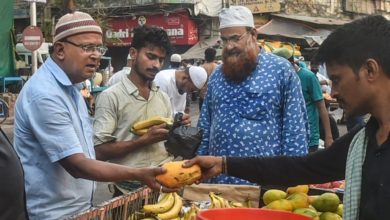