It is getting cold in India. Now in such a situation, a lot of trouble increases for the soldiers deployed, they do not let their courage break. Now in this episode, a video of a jawan has surfaced, in which he is seen applying shups in the snow.

The Indian Army is considered to be one of the bravest armies in the world, whose stories of bravery work from time to time to enthuse the people of the country. You all know that our jawans border (BSF JawanBut we are standing, only then we are safe inside the country, comfortably roaming anywhere without any fear, are having fun. We are able to sleep peacefully in our homes because the soldiers on the border are awake day and night for us, for our safety. For them there is neither summer nor winter, nor icy cold nor rain. Now everyone is surprised to see the video that has come out in this episode. Let us tell you that these days a young man showed such courage in the bitter cold that everyone was convinced of him. this video is very fast viral Happening

Actually, in the viral video, a young man is seen doing push-ups. In the viral video, it can be seen that the BSF jawan did 47 push-ups in a minute on the ice. In the cold in which people get stuck, BSF jawans did pushups with full enthusiasm and enthusiasm. People are very much liking this video. You can guess this from the likes and comments on all the posts. For this reason, this video has also been covered on the Internet.

The same video has been shared on the social media platform Twitter account. Let us tell you all the videos, this video has also been shared by BSF. BSF shared this tweet with FitIndiaChallenge. Till the time of writing the news, the video has been viewed more than thirty thousand times. Along with this, people also commented fiercely on this video.

Talking about the reactions of the people, a user wrote that we are chirping sitting in our homes, but the jawan is standing on the side of the rock even on the icy borders. At the same time, another user wrote that the most difficult thing in the world is that the soldier does not move from the border even in the worst of weather. This work is not for everyone. There are also some social media users who are sharing their rectin by sharing emoticons.

Also read: Come on! Now colorful samosas have come in the market, people watching the video said – ‘playing with it will not be tolerated’

Also read: The person prepared such a scooty through jugaad, watching the video, people said – ‘Pucca will be troubled by the increased prices of petrol’ 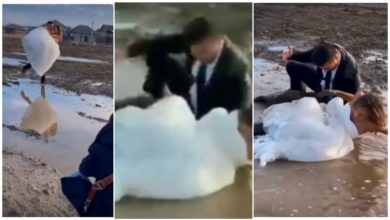 Couple fell in mud during pre-wedding shoot, your laugh will be missed by watching the video 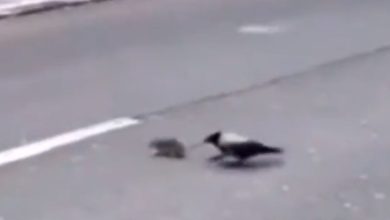 VIDEO: Crow saved the life of a rat running on the road, people said – ‘This is the true friend’ 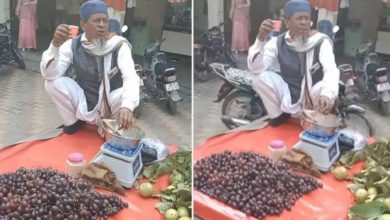 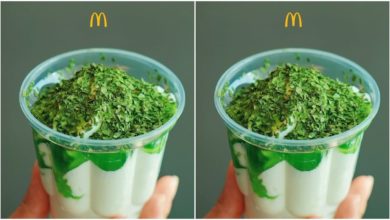