Sania Mirza’s journey ended on Tuesday at the Australian Open, after which the Indian tennis sensation spoke her heart.

Sania Mirza (Sania Mirza) recently announced that 2022 would be her last season, but now the Indian tennis star has said that she made the announcement too soon and she ‘regrets’ it as she was being asked about it all the time. Sania’s journey in the Australian Open also ended with a loss in the mixed doubles. Let us tell you that the pair of Sania Mirza and Ram lost in straight sets 6-3, 7-6 in the mixed doubles quarterfinals of the Australian Open. Asked if this will be her last season, has it changed her attitude towards tennis and the tour, she said, “To be honest, I was not thinking about it in every match. Really I think I made the announcement too early and I am regretting it because now I am being asked only about this.’

India’s most successful female tennis player Sania Mirza was speaking at Sony Sports Network’s ‘Extra Serve’ event. Sania has six Grand Slam titles to her name, including three mixed doubles titles. Sania, who hails from Hyderabad, said that she plays tennis to win matches. She said, ‘I am playing tennis to win matches and as long as I play I will try to win every match, so it (retirement) is not something that is always on my mind.’

Sania Mirza said – I give 100 percent in every match

Sania said, ‘I enjoy playing tennis, I have always enjoyed it whether win or lose. My attitude is still the same. I give my 100 percent. Sometimes it works, sometimes it doesn’t but I want to give my 100 percent in the year ahead and I don’t want to think about what is going to happen at the end of the year. Sania had paired up with Rajiv Ram of America. He lost to the local pair of Jamie Forlis and Jason Kubler. Regarding this match, Sania said, ‘It happens, it is never your day, when this happens in Grand Slam, it is unfortunate.’ 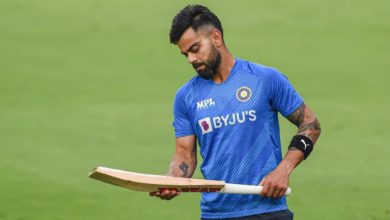 IPL 2022: The player of RCB did not lose, ‘insulted’ to cricket, who does such an act on the field? ViewVideo 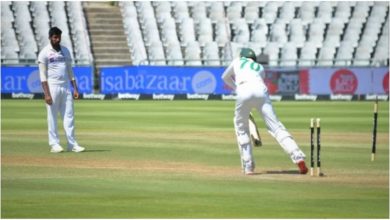