A lot of news has come to the fore about Hrithik Roshan and Saif Ali Khan’s upcoming film ‘Vikram Vedha’. This film has been in the headlines for a long time.

Hrithik Roshan And Saif Ali Khan much awaited movie ‘Vikram Vedha’ There is a lot of craze among the fans about it. This film has been in the headlines for a long time. Although, in recent times, no specific news has come out about this film, but now a big news related to it is coming out. Actually, people were waiting for the teaser of the film for a long time, but now the expectations of the fans are being dashed. This teaser is not releasing on 11th August.

People are very excited about ‘Vikram Vedha’. If there is any update related to this film, then the fans want to know it. However, the news that is coming out now, there will be some disappointment among the fans. Earlier reports related to the teaser of this film had come to light that on August 11, along with Aamir Khan’s ‘Lal Singh Chaddha’ and Akshay Kumar’s film ‘Raksha Bandhan’, a glimpse of Hrithik Roshan and Saif Ali Khan’s film ‘Vikram Vedha’ was also there. Fans can get to see. But now that is not going to happen.

Fans were very disappointed after this news came.

Hrithik Roshan and Saif Ali Khan’s fans have become quite disappointed after this latest update surfaced. Now people have also started expressing hope that this film will no longer have a teaser but only a trailer. Many people are also saying that not to wait for it.


A film with the same name is made in South

For your information, let us tell you that, bollywood actors Hrithik Roshan and Saif Ali Khan’s upcoming film ‘Vikram Vedha’ is a Hindi remake of the film of the same name in South. In this film, Hrithik Roshan is playing the role of ‘Vikram’ and Saaf Ali Khan is playing the role of ‘Vedha’. Apart from these two actors, Radhika Apte will also be seen in the lead roles in the film. The film is directed by Gayatri and Pushkar. 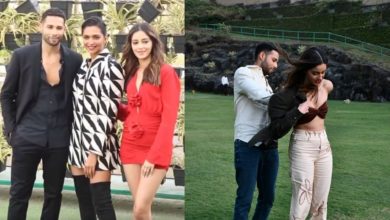 Ananya Pandey was upset due to cold yesterday due to fashion affair, today she came prepared like this, video went viral 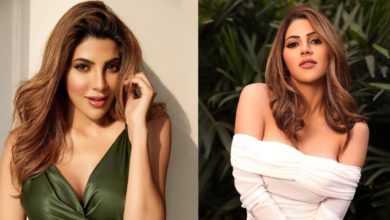 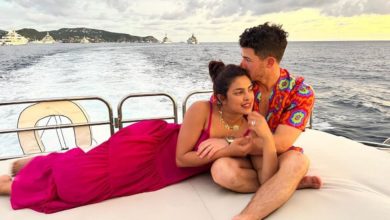 Priyanka Chopra Back to Work: Priyanka Chopra Jonas returned to the shooting of Hollywood series ‘Citadel’, a day before the little angel returned home from the hospital.