Bharat Jodo Yatra of former Congress President Rahul Gandhi is currently in Madhya Pradesh. This journey will start from Kanyakumari and go till Srinagar. before Madhya Pradesh India Jodo Yatra Passed through Maharashtra. Earlier this yatra had come via Telangana. Bollywood actress Pooja Bhatt also participated in the yatra in Hyderabad, the capital of Telangana. Regarding this visit of Rahul Gandhi Maharashtra BJP MLA from Nitesh Rane had alleged that artists were being paid to participate in it. Pooja Bhatt Has answered this.

But Pooja Bhatt has herself surrounded in questions by giving this answer. Responding to Nitesh Rane, he has started the debate of Majority Rule i.e. ‘majorityism’. Nitesh Rane had said, ‘The gimmick has started regarding the Bharat Jodo Yatra. Are artists being paid to walk with Rahul Gandhi for 15 minutes in the yatra?’ Asking this question, Nitesh Rane had shared a screenshot. In response to this, the direct answer could have been that how can Rane do such a thing without proof? Or there could have been some other answer, but she got entangled in trying to spread ‘ideological terrorism’.

Pappu will not be able to pass, Nitesh Rane tweeted

The name and number are not visible in the screenshot shared by Nitesh Rane in his WhatsApp message. On this, the BJP MLA has written, ‘How much money is being given to walk with Rahul Gandhi in the Bharat Jodo Yatra. Here are the proofs. It’s all a mess, brother. This Pappu will never be able to pass. Bollywood actress has replied to Nitesh Rane with her tweet.

They’re certainly entitled to think that, and they’re entitled to full respect for their opinions… but before I can live with other folks I’ve got to live with myself. The one thing that doesn’t abide by majority rule is a person’s conscience. Harper Lee pic.twitter.com/F1hbBfGf87

In front of ‘majoritarianism’ the matter of ‘conscience of the individual’, its own kind of answer

Pooja Bhatt has tried to answer him by retweeting Nitesh Rane’s tweet. Pooja Bhatt has written in her tweet, ‘He has every right to have such thinking. He gets full respect for his thinking. But before giving opinion to others, we should think a little about ourselves. In majority rule, the thing called conscience of a person is not being followed.

It is necessary to open the undercurrent meaning of the Majority Rule mentioned by Pooja Bhatt here. Mahesh Bhatt’s daughter, wants to speak from a little height and is also hoping that those who are in the majority, that is, common Indians, will fall under the trap of lofty talks like ‘individual’s conscience’. She is questioning the common people of such ‘majority’ India, out of which a few people like ‘Sushant Singh Rajput’, when they are able to make their mark with great difficulty, they are called a few special ‘people who talk about a person’s conscience’. People force you to commit suicide.

In the battle of ‘majority’ versus ‘conscience of the individual’, conscience becomes a mask. The supremacy of a few individuals dominates over the majority. The nexus between Khan-Kapoor-Bhatt goes on, the majority of common people, despite having talent, continue to suffer.

Majoritarianism is not good, but what is Khan-Kapoor-Bhatt’s familyism good for?

Here there is no objection to Rahul Gandhi’s Bharat Jodo Yatra. They are working hard. Trying to take forward his party using democratic rights. In return for this hard work, if he gets any achievement in the coming tomorrow, then it will be his legitimate right, but under the shadow of familyism, he became the Congress President. A director like Karan Johar who wastes crores of budget to make the daughter of a film family a star by laying red carpet, the same director waits for hours outside his office for a person like Sushant who is struggling to move ahead with hard work and skill. If you destroy his confidence by getting him done, then majoritarianism is better seen than such familyism and nepotism. There is a need to beware of those who present individualism and familyism by masking ideals under the guise of a person’s conscience.

Majoritarianism has scars, but scars are good! Familyism is not for any Sushant, there are deceptions here

Straight talk now without any twists and turns. BJP has come to power by winning the elections. Evict them from power by voting for them with passion. Don’t abuse democracy by comparing it with ‘majoritarianism’. The advocates of individualism talk about the ‘discretion of the individual’ till the cream comes in the plate. When the work is done, here the special person is allowed to enjoy the facilities, and his conscience is left behind with great ease. There are stains in majoritarianism… but the stains are good. There is scope for at least one ‘chai wala’. Here there are no deceptions at every step in the path of any ‘Sushant’.

Instead of dialoguebaazi, Bollywood should follow its own dialogues

People don’t like dhakosla anymore, that’s why no one goes to watch Bollywood movies. Now the family members of Bollywood should show the pictures made by their family only to their own family members. In South’s pictures, the ‘majority’ get a chance to show their talent, in ‘summary’, even the ‘minorities’ belonging to the privileged sections are now able to get there, not by ‘murdering’ their talent, but by the ‘road’ of hard work and skill. You get the fortune of earning ‘name’ and fame only after passing.


Now no one is able to move forward with a silver bowl and spoon, Ranbir Kapoor has also been seen touching Rajamouli’s feet in a video…India’s ‘majority’ common man gets happy seeing this. Otherwise, the special section always cheats the majority of the common man. In the end, one thing, ‘Now the king’s son will not become the king, the king will become the one who deserves it!’… This is the dialogue of Bollywood’s ‘Super 30’ picture. Instead of using dialogues, Bollywood should follow its own dialogues. 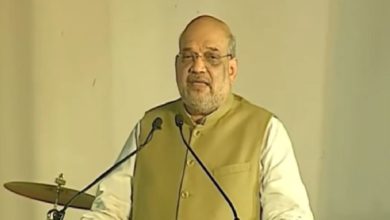 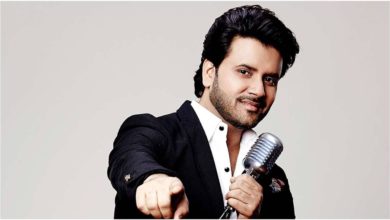 Javed Ali Birthday: ‘Srivalli’ singer Javed Ali had changed his name, got success with the song of the film ‘Nabak’, know interesting stories related to him on his birthday 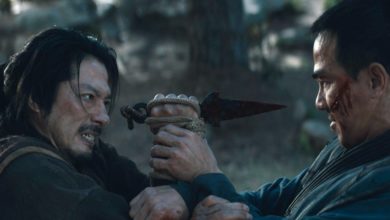 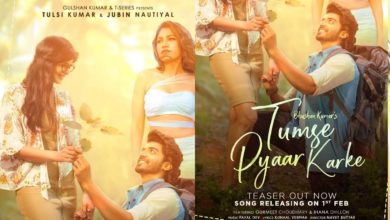