The song is based on the Sutlej-Yamuna Link (SYL) canal of Punjab-Haryana. In this, Moosewala has mentioned Balwinder Singh Jatana.

Who is Balwinder Jatana: punjabi singer Sidhu Musewala ,Sidhu Moosewala26 days after his murder, his new song has been released. This song has become viral as soon as it is released and millions of people have seen it in just a few minutes. This song is from Punjab-Haryana’s Sutlej-Yamuna link (SYL) is based on the canal. In this Moosewala played Balwinder Singh Jatana (Balwinder Singh Jatana) is mentioned. This is the same Jatana, who along with his comrades had shot dead two officers in Chandigarh. After this the officers were in so much panic that this work stopped here. No one dared to put his hand in this work. Due to this the work of Sutlej-Yamuna link canal in Punjab had stopped there.

Let us tell you that the dispute between Punjab and Haryana regarding the water of Sutlej-Yamuna has been going on for years. Punjab argues that the flow of water of Ravi and Beas rivers has reduced, so it needs more water. At the same time, there is a demand of Haryana that the work of Sutlej-Yamuna canal should be completed so that it can get water equivalent to an area of ​​about 3.5 million acre feet. Well, many people in Punjab consider Jatana’s move necessary. Such people believe that if Balwinder Singh Jatana had not been there, then the water of Punjab’s part would have gone to Haryana.

Who was Balwinder Singh Jatana?

Balwinder Singh Jatana was a resident of Ropar. He was associated with Babbar Khalsa. He was one of the close associates of Babbar Khalsa chief Sukhdev Singh Babbar. That’s why he was made lieutenant general of Malwa area of ​​Punjab. In that area, the activities of Babbar Khalsa used to be conducted on the behest of Jatana.

The date was 23 July 1990. The meeting was going on in Chandigarh to build the Sutlej-Yamuna link canal. Through this canal, water from Punjab was to go through Haryana to Delhi. Babbar Khalsa was opposed to this. The meeting was going on when Balwinder Singh Jatana along with his associates Jagtar Singh Pinjola, Harmeet Singh Bhaowal and Balbir Singh Fauji came there. It is said that during the debate, SYL’s Chief Engineer and Superintending Engineer MS Sikri and Avtar Aulakh were shot dead.

After killing the officers, Balwinder Jatana was accused, after which the police started looking for him. On 30 November 1991, the police reached his house. Balwinder was not found there, but other members of his family were there. Nirpreet Kaur, who was Jatana’s companion, alleges that the police burnt Jatana’s grandmother, aunt, sister Manpreet Kaur and nephew Simranjit Singh alive with the help of a Poohla Nihang.

Nirpreet Kaur also admitted that Jatana had killed the officers. According to Nirpreet, if Jatana had not been there, the water of Punjab’s part would have gone to Haryana and Delhi. The leaders of that time had calmed down. Everyone was meeting each other. But people were not aware about this. When Jatana came to know, he took such a big step for the betterment of the people, for the betterment of Punjab.

The police was looking for Jatana. Search operation was being carried out everywhere. A reward of 16 lakhs was announced on Jatana. On 4 September 1991, Balwinder Jatana was going towards Sadhugarh village with his partner Charanjit Singh. It was afternoon. When he looked ahead, there was a blockade of the police. After this he started running through the adjacent fields. During this, the police shot and killed him.

Samrat Prithviraj: Akshay Kumar reached Varanasi for the promotion of the film ‘Prithviraj’, was seen absorbed in meditation 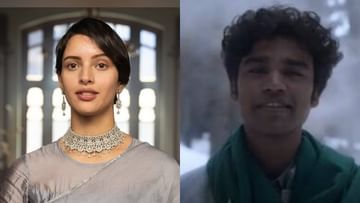 Trailer of Babil Khan-Tripti Dimri’s film ‘Kala’ released, will see the story of the singer 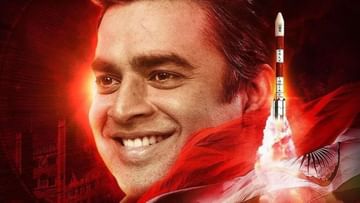 R. Hindi version of Madhavan’s Rocketry also released on OTT, watch the film on this platform 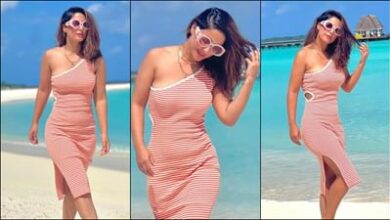 Pictures of Hina Khan flaunting her beauty on the seashore came in front, did you see?