The Sri Lankan cricket team had to face defeat in the first four matches of the 5-match series and in the last match, it was only a fight for honor, which they won.

Kusal Mendis, who came for the opening, remained frozen till the end and returned after winning the team.

Sri Lanka cricket team after four consecutive defeats (Sri Lanka Cricket Team) Finally got the first win in Australia. In the last match after losing the five-match T20I series Sri Lanka Australia (Australia vs Sri Lanka) in a thrilling match by 5 wickets. Like the fourth match, once again with many changes, the Australian team had given Sri Lanka a target of 155 runs to win, which Sri Lanka achieved on the fifth ball of the 20th over. The player, who was the star of this victory of Sri Lanka, was not even a part of the team till about a month ago, because Cricket Sri Lanka imposed a one-year ban on him. That player is – Kusal Mendis (Kusal Mendis),

In the last match of the series played in Melbourne, Australia batted first and this time captain Aaron Finch returned to the opening position. But even this did not affect his performance well and he could score only 8 runs. Both the Australian openers returned to the pavilion for just 12 runs. Then Josh Inglis and Glenn Maxwell took over the innings, but both failed to score big. Marcus Stoinis also could not last long.

Wicket-keeper batsman Matthew Wade took the responsibility of taking Australia to the right score. The left-handed batsman scored 43 not out in just 27 balls, which included 2 fours and 2 sixes. On the basis of his innings, Australia scored 154 runs for the loss of 6 wickets in 20 overs. For Sri Lanka, Lahiru Kumara and Dushmanta Chamira took 2-2 wickets to prevent the Australian team from reaching the big score.

The one on whom the ban was imposed, he became the star

This score was also challenging for Sri Lanka and the team lost 4 wickets for 71 runs. In such a situation, Kusal Mendis and captain Dasun Shanaka took over the team. The same Kusal Mendis, who was sent back to the country by Cricket Sri Lanka last year on charges of indiscipline in England and then banned for one year. Last month, the Sri Lankan board ended this ban within 6 months and gave a place in the team for the tour of Australia. Mendis showed his ability, but right in the last match of the series.

Mendis returned after winning the team

Mendis, who came in the opening, played a patient innings in difficult conditions and scored a good half-century. He shared an 83-run partnership with captain Dasun Shanaka for the fifth wicket. Sri Lanka needed 9 runs in the last over, in which captain Shanaka took 8 runs including a six, but he was dismissed on the fourth ball, but it did not affect the result of the match and Sri Lanka ended the tour with a win. Mendis returned unbeaten on 68 runs in 58 balls (5 fours, 1 six). 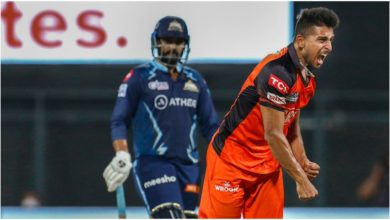 Umran Malik’s 157 kms. What is the secret of speed per hour? 4 reasons…on whose own strength is this player throwing the ball at the speed of the bullet?

IND vs ZIM: Why Team India’s 10-wicket win is special, know in this video 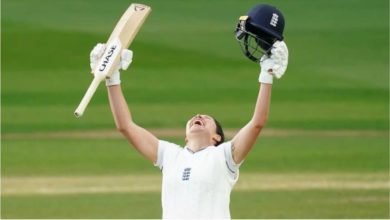 He made his Test debut by hitting 17 fours, scoring a century by landing at number 7, this bowler is no less than a batsman! 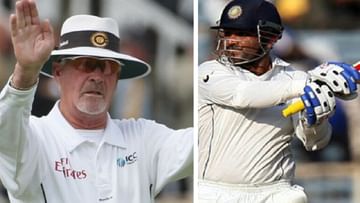 This veteran used to harass Sehwag on the middle ground, the news of his death broke his heart.