Force Gurkha 5 Door SUV: Force Motors is working on a 5-door version of the Gurkha SUV to compete with Mahindra’s Thar.

Gurkha 5-Door SUV Spied Ahead of the full official launch, the Force Gurkha 5-door has been spotted testing in India. This new spy shot gives a better look to the side view of the upcoming SUV.

Force Motors (Force Motors) is one of the largest manufacturers of vans in India. He also has a strong commercial vehicle portfolio. With a good position in the CV segment, the force aims to achieve success in the PV segment as well. The company launched the Gurkha SUV in 2008. (New Gorkha SUV) With the entry in the passenger vehicle segment. Over the years, the Gurkha has been updated a lot. Coming in the latest update, which is also the new generation of Gorkhas. The new-gen Gurkha 3-door lifestyle is as attractive as an SUV, though now Mahindra’s Thar (Mahindra Thar) Force Motors is working on a 5-door version of the Gurkha SUV to compete with the SUV.

It is believed that the upcoming Gurkha SUV can be introduced by 2023. Gurkha 5-Door SUV Spied Ahead of the full official launch, the Force Gurkha 5-door has been spotted testing in India. This new spy shot gives a better look to the side view of the upcoming SUV. The original design of the upcoming SUV is very similar to that of the Mercedes-Benz G-Class, even more so than the 3-door version.

The Force Gurkha 5-door will be based on an extended version of the Gorkha 3-door platform. Its design is very similar to that of the Mercedes-Benz G-Class, even more so than the 3-door version. It gets a side-hinged tailgate similar to the Gurkha 3-door and Trax cruiser. The tailgate also has a spare wheel. The front fascia of the SUV gets round headlights with LED DRLs and fender-mounted indicators like the G-Class.

The 5-door Gurkha will get the same Mercedes-sourced FM 2.6L CR turbocharged diesel engine as the 3-door version. It generates 91 bhp and 250 Nm of torque. This engine is found on many vehicles from Force Motors including MPVs, vans and buses. This engine is mated to a 5-speed manual transmission. The Gurkha also gets a 4X4 system with a low-range transfer case and mechanically lockable front and rear differentials.

The wheelbase of the Gurkha 3-door can be extended by around 400-500 mm to extend the 2 more doors. Features and Price The 2023 Gurkha 5-door will get the same features as the existing Gurkha. It gets an aftermarket touchscreen infotainment system with Apple CarPlay and Android Auto, a rear camera and a digital MID screen in the instrument cluster. The SUV will also get all four power windows, ABS, EBD and rear parking sensors. It can also have 6 airbags, as it is being planned to make it mandatory by the Government of India.

The 5-door Gurkha will compete with the upcoming Mahindra Thar 5-door and Maruti Suzuki 5-door Jimny. Interestingly, the 5 door Jimny will also be offered as a 7 seater. It remains to be seen whether Mahindra and Force also offer their 5 door versions with a 7 seater option. The current spy shot shows the Gorkha 5 door in 6 seater option. It is expected that Force Motors will launch the Gurkha 5-door before the upcoming competitor.

The launch is expected at the end of this year. We can expect the 5-door Gurkha to cost 2 lakhs more than the three-door Gurkha. 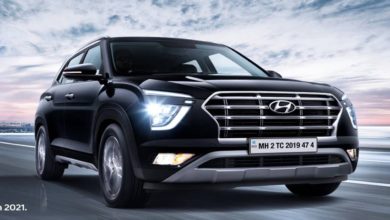 This is Hyundai’s best selling SUV after beating small vehicles, NIOS with CNG also failed ahead of it

Kia introduced the new facelift model of Seltos, this year will create panic in the market

Mahindra New Scorpio: Have you seen the pictures of the new Scorpio, Mahindra’s big daddy SUV looks number one in the look 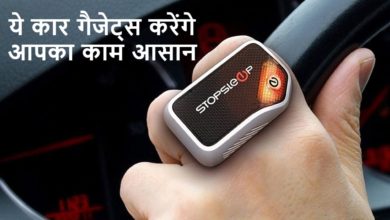 Useful Car Gadgets India: Cheap car gadgets that will prove to be very beneficial for you