This funny jugaad video has been shared on social media platform Twitter with the name @HasnaZarooriHai and the caption reads, ‘Nobody can beat Indians in innovation’. This 56-second video has been viewed thousands of times so far.

There is no dearth of Jugadu people in this world and especially in India there are people who Makeshifter Can do any work easily. Indians are called masters in the matter of jugaad. In most of the homes in India, one or the other thing of jugaad is definitely seen. Without jugaad, there is no work here. Indian people even jugaad the car airplane can create. like on social media great jugaad All these videos often go viral. nowadays one such desi jugaad The video is becoming very viral, after watching which you will also agree that no one can really stand before the Indians in the matter of jugaad.

You must have seen peanut plants, which are separated from the plants by breaking them by hand, but the method shown in this viral video to remove peanuts from plants is amazing. In the video you can see that a bike is mounted on a double stand and the bike is started and left. Then people are putting peanut plants inside the wheel of the bike and easily separating the peanuts from those plants. Rarely have you ever seen such a desi jugaad to extract groundnut. By watching this video, it can be said that the skill that Indians have to do any work with jugaad, hardly anyone else in the world has.

No one can beat the Indians in innovation…… pic.twitter.com/SDKs5fQNGR

This funny jugaad video has been shared on social media platform Twitter with the name @HasnaZarooriHai and the caption reads, ‘Nobody can beat Indians in innovation’. This 56-second video has been viewed thousands of times so far, while hundreds of people have also liked the video and given various reactions.


One user has written that this is ‘Jugaad Technique’, then another user has written, ‘The question is that how much peanuts will be sold as much oil will burn’. At the same time, a user has told that this video with jugaad technique is from Karnataka. 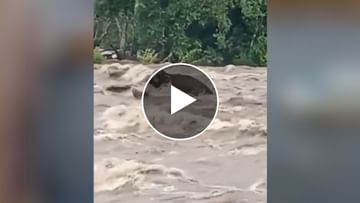 Elephant trapped in the strong current of the river, the forest department’s team saved the life of the animal like this, see VIDEO

Viral: Harsh Goenka asked – which is better for bonding, fevicol or alcohol? got a bang answer 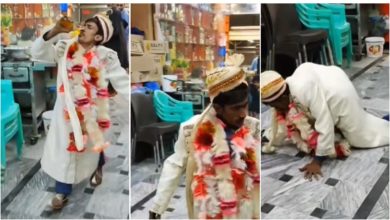 Viral: The groom first drank cold drink and then did a surprising job, people watching the video call it- Attitude 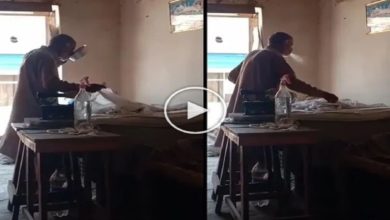 Shocking! If you give clothes to press outside, then definitely watch this viral video, does this happen with you somewhere..?