Aishwarya Babu broke Mayukha’s national record in 2011 by a margin of 3 cm.

Aishwarya Babu had done wonders for the longest jump after Anju Bobby George’s record in the long jump on Sunday and now she will be seen again in the final of the same event on Tuesday.

For Karnataka athlete Aishwarya Babu National Inter-State Senior Athletics Championships The two days have been nothing less than a dream. This 24-year-old jumper has made two such jumps in two consecutive days, due to which her name is making headlines. Aishwarya, who made India’s second best in the long jump on Sunday, achieved a new milestone in the triple jump on Monday. In this ongoing Inter-State Championship in Chennai, Aishwarya won the gold medal, breaking the 11-year-old national record with the longest jump in the triple jump event.

The women’s triple jump event at the championship on Monday, June 13, had special eyes as Aishwarya was taking part in it. Her performance in the long jump on Sunday had sparked excitement for the event and Aishwarya did not disappoint. This young athlete from Bangalore set a new national record with a splendid effort of 14.14m.

Along with this, Aishwarya broke Mayukha Johnny’s national record of 14.11 meters in 2011 to write a new record in her name. During the event, Aishwarya set a new national record in her third attempt. However, he fouled in his fourth attempt and then did not make the last two jumps. Aishwarya won the gold medal in this event, while Haryana’s Renu finished second with 13.43m and Karthika stood third with 13.25m.

Keep an eye on the better performance in the long jump

Aishwarya had earlier on Sunday made a splendid jump of 6.73m in the qualification round of the long jump, which is the second best effort by an Indian female player. A better effort than him is in the name of World Championship bronze medalist Anju Bobby George, who holds a national record of 6.83 metres. The final of this event will be held on Tuesday and looking at Aishwarya’s performance, she will be expected to make a record or improve her performance here as well.


In other events, Punjab’s Kirpal Singh won gold in men’s discus throw with a distance of 60.31 meters. Among women, Navneet Kaur Dhillon topped with a time of 55.67m. Gresena Merali of Tamil Nadu won the women’s high jump with an effort of 1.82m. In the men’s 800m, Krishan Kumar of Haryana won the gold with a timing of 1:48.79s, while Delhi’s Chanda (2:01.67s) won the same event in the women’s. 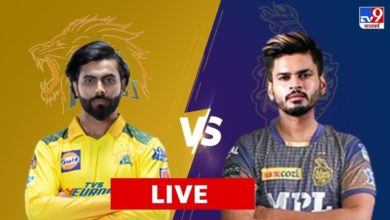 CSK vs KKR Live Score, IPL 2022: Chennai will do wonders in the last five overs! The focus on Dhoni-Jadeja pairing 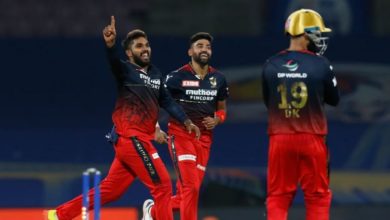 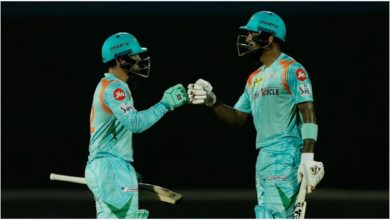 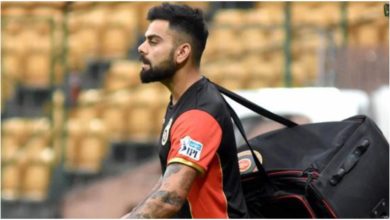